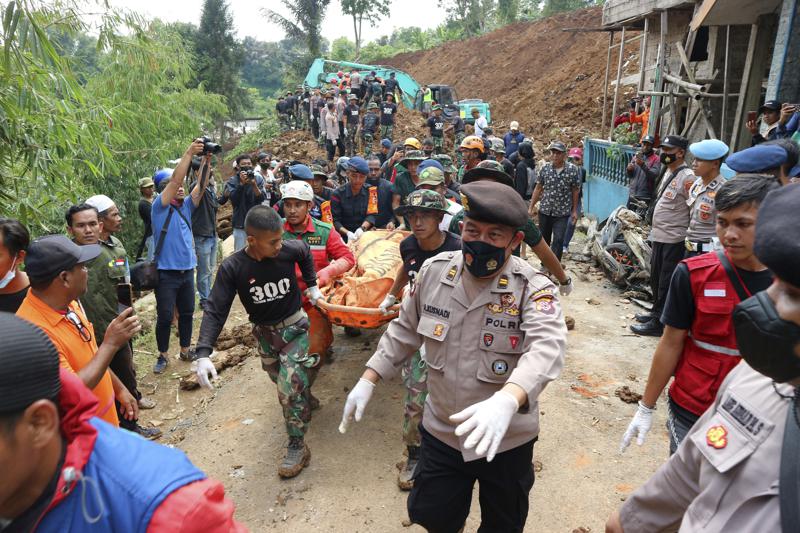 CIANJUR : Indonesian rescuers used jackhammers, circular saws and sometimes their bare hands Tuesday to shift the rubble of flattened buildings as they searched for the dead and missing from an earthquake that killed at least 268 people.

With many missing, some remote areas still unreachable and more than 1,000 people injured in the 5.6 magnitude quake, the death toll was likely to rise. Hospitals near the epicenter on the densely populated island of Java were already overwhelmed, and patients hooked up to IV drips lay on stretchers and cots in tents set up outside, awaiting further treatment.

Indonesia is frequently hit by earthquakes, many much stronger than Monday’s whose magnitude would typically be expected to cause light damage. But experts said the shallowness of the quake and inadequate infrastructure contributed to the severe damage, including caved-in roofs and large piles of bricks, concrete, and corrugated metal.