US Open: Djokovic dismantles Griekspoor en route to third round 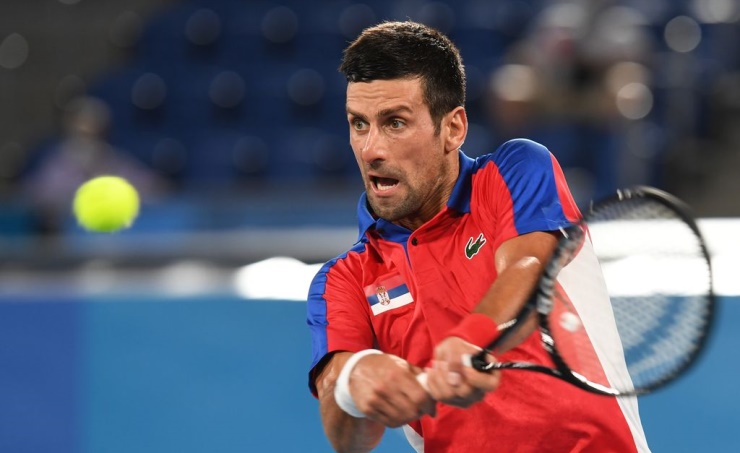 New York :   History-chasing world number one Novak Djokovic cruised through to the third round of the US Open at the expense of Tallon Griekspoor 6-2 6-3 6-2, said dpa international.

Djokovic is bidding to become just the third man to complete a calendar Grand Slam and the first to sweep all four majors in a year since Rod Laver in 1969.

The top seed, who is also pursuing a record-breaking 21st slam crown – currently level with injured stars Rafael Nadal and Roger Federer on 20 – outclassed Griekspoor in one hour, 39 minutes on Thursday.

Awaiting Djokovic is 2014 US Open finalist and Japanese star Kei Nishikori in the third round.

Djokovic, who withstood a spirited challenge from Holger Rune in the opening round before the teenager succumbed to cramps, asserted his dominance against Griekspoor from the outset on Arthur Ashe Stadium.

Boasting a 14-0 record in second-round matches at the US Open, Djokovic only lost one point on his first serve in the opening set and fired down five aces, while hitting 13 winners and converting two of his three break points.

While world number 121 Griekspoor managed to break Djokovic’s serve in the second set, the Serb was typically efficient as he builds towards another shot at history in New York.

Coming to the net more in the third set, Djokovic was determined to get off the court as quickly as possible and he did just that – saving three break points en route to another third-round appearance at the year’s final slam.

The 34-year-old came into the contest with a 52-1 slam record against non-top 100 opponents. Djokovic improved to 53-1 – his lone loss to world number 117 Denis Istomin at the 2017 Australian Open – and a perfect 13-0 at the US Open with his straight-sets victory.