Home›NEWS›UN chief: World is ‘paralyzed’ and equity is slipping away
NEWSWORLD

UN chief: World is ‘paralyzed’ and equity is slipping away 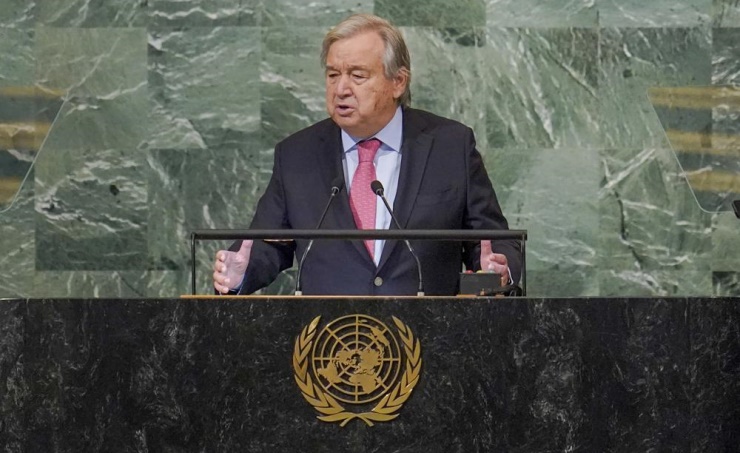 New York :  In an alarming assessment, the head of the United Nations warned world leaders Tuesday that nations are “gridlocked in colossal global dysfunction” and aren’t ready or willing to tackle the challenges that threaten humanity’s future — and the planet’s. “Our world is in peril — and paralyzed,” he said.

Speaking at the opening of the General Assembly’s annual high-level meeting, Secretary-General Antonio Guterres made sure to emphasize that hope remained but his remarks reflected a tense and worried world.

The UN chief also warned of what he called “a forest of red flags” around new technologies despite promising advances to heal diseases and connect people.

Guterres said social media platforms are based on a model “that monetizes outrage, anger and negativity” and buys and sells data “to influence our behavior.”

The world lacks even the beginning of “a global architecture” to deal with the ripples caused by these new technologies because of “geopolitical tensions,” Guterres said.

His opening remarks came as leaders from around the planet reconvened at U.N. headquarters in New York after three years of pandemic interruptions, including an entirely virtual meeting in 2020 and a hybrid one last year.

Nearly 150 heads of state and government are on the latest speakers’ list, a high number reflecting that the United Nations remains the only place not just to deliver their views but to meet privately to discuss the challenges on the global agenda — and hopefully make some progress.