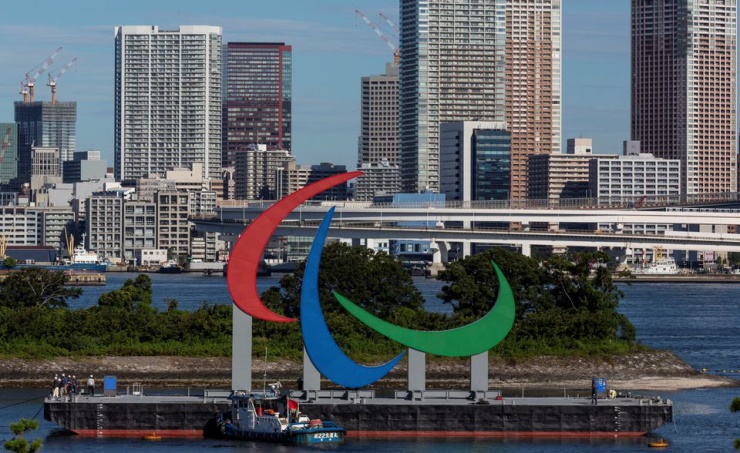 Tokyo : The Tokyo Paralympics will be held under “very difficult” circumstances, organisers said on Friday, with hospitals in the host city overstretched as Japan battles its worse wave of COVID-19 infections, driven by the Delta variant.

With less than a week to the start of the Paralympics, the Asahi Newspaper reported on Friday that a Tokyo hospital declined the organisers’ request to take emergency cases from the Games, putting priority on domestic COVID-19 patients, Reuters reported.

“Looking at the medical situation, we cannot help but say we will hold the Paralympics in the middle of a very difficult situation,” Tokyo 2020 Games delivery officer Hidemasa Nakamura told a news conference.

“What do we do if we have a case becoming seriously ill, given the tight situation on hospital beds? We need to have a contact flow in line and include the hospitals and medical facilities in that contact flow.”

Organisers said they would implement COVID-19 protocols for the Paralympics, the same “playbook” used during the Olympics which ended earlier this month.

Frequent testing and other restrictions, such as limiting the movement of athletes and officials, were proven effective in minimising infection risks, they added.

While the number of athletes and officials travelling from abroad is less than a third of that during the Olympics, the health situation in Japan has worsened with record-high daily case numbers being reported.

Nakamura called for domestic Games officials to avoid eating out or drinking in groups, and pledged thorough testing among local participants.

Japan has extended COVID-19 emergency measures in the capital and other regions that will run through the Games and, like the Olympics, the Aug. 24 to Sept. 5 Paralympics will take place generally without spectators.

There were new 12 cases confirmed on Friday among Paralympic participants, including one athlete, Tokyo 2020 said.

U.S. set to expand evacuation flights from Kabul to Europe