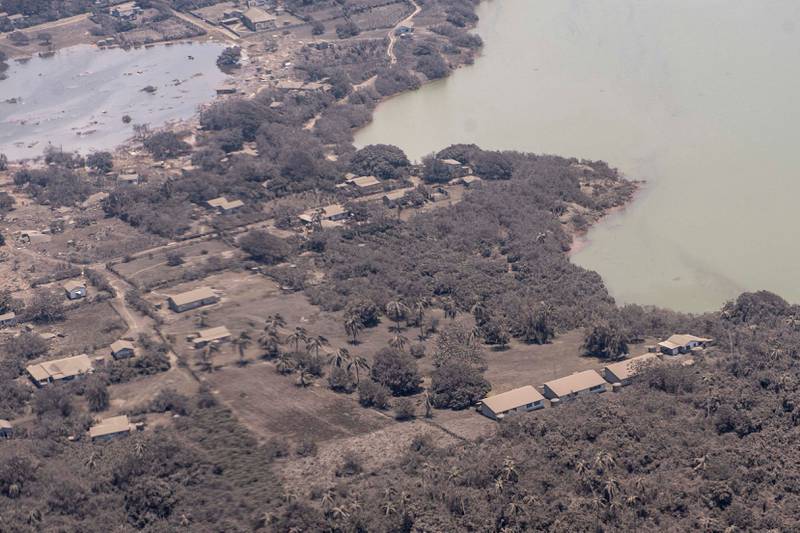 All the homes on one of Tonga’s small outer islands have been destroyed by a massive volcanic eruption and tsunami, with three people so far confirmed dead, the government said on Tuesday in its first update since the disaster.

With communications badly hampered by the severing of an undersea cable, information on the scale of the devastation after Saturday’s eruption had so far mostly come from reconnaissance aircraft.

But the office of Prime Minister Siaosi Sovaleni said in a statement that every home on Mango island, home to about 50 people, had been destroyed, only two houses remained on Fonoifua, and Nomuka island had suffered extensive damage.

Mr Sovaleni’s office said a 65-year-old woman on Mango Island and a 49-year-old man on Nomuka Island had been killed, in addition to the British national whose body was found on Monday. A number of injuries were also reported.

Tsunami waves reaching up to 15 metres hit the Ha’apia island group, where Mango is located, and the west coast of Tonga’s main island, Tongatapu, the prime minister’s office said. Residents were being moved to evacuation centres after 56 houses were destroyed or seriously damaged on that coast.

Atata and Mango are between 50 and 70km from the Hunga Tonga Hunga Ha’apai volcano, which sent tsunami waves across the Pacific Ocean when it erupted with a blast heard 2,300km away in New Zealand.