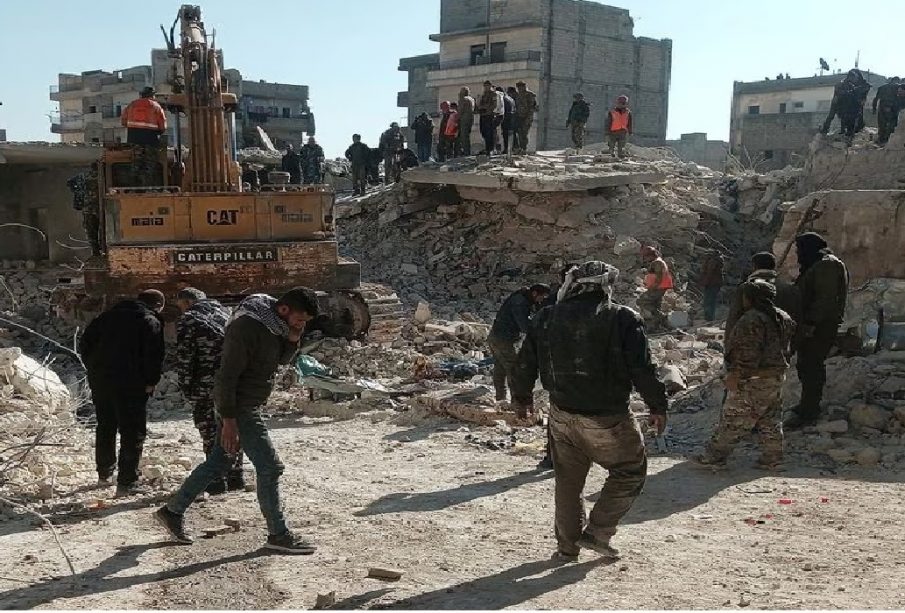 BEIRUT :  A building collapsed in a neighborhood in Syria’s northern city of Aleppo early Sunday, killing at least 16 people, including one child, and injuring four others, state media reported.

The five-story building housing about 30 people is in the Sheikh Maksoud neighborhood under the control of the U.S.-backed Kurdish-led Syrian Democratic Forces. It collapsed overnight, according to the report, after water leakages weakened the structure’s foundation.