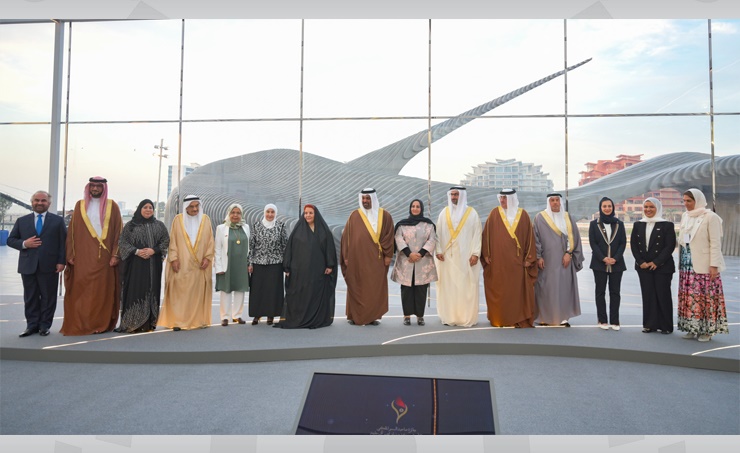 Tamkeen received this prestigious award for the public sector (official enterprises) category, as part of the Kingdom’s celebrations for Bahraini Women’s Day.

Board of Directors of the Labour Fund (Tamkeen) Chairman Shaikh Mohammed bin Isa Al Khalifa emphasized Bahraini women’s contributors to the economic development driven by a committed and supportive national ecosystem dedicated for this purpose by the government, led by His Majesty King Hamad bin Isa Al Khalifa, and the efforts of His Royal Highness Prince Salman bin Hamad Al Khalifa, the Crown Prince and Prime Minister, and with consistent support from Her Royal Highness Princess Sabeeka bint Ibrahim Al Khalifa, wife of His Majesty the King and President of the Supreme Council for Women (SCW).

He highlighted the award’s role in celebrating private, public, and civil institutions that believe in the ability of Bahraini women to further develop.

“Being presenting this award highlights Tamkeen’s commitment to the objective of increasing the economic participation of women and supporting their inclusion in the labor market through various programs, initiatives, and partnerships,” Tamkeen’s Chairman said.

Tamkeen Acting Chief Executive Maha Mofeez confirmed Tamkeen’s efforts in supporting the needs of Bahraini women, facilitating their participation in the economy, and supporting them across the various stages of their development, a key component of Tamkeen’s annual plans and strategy.

“Since its establishment, Tamkeen’s efforts provided over 104K training and employment opportunities for Bahraini women across all sectors, in addition to supporting over 24K women-led enterprises with over BD 250 million, which included facilitating financing from banks worth BD 383 million through several portfolios, including the Riyadat portfolio, which is dedicated to supporting Bahraini women in business in collaboration with the Supreme Council for Women and the Bahrain Development Bank,” she said.

In addition to Tamkeen’s support for women in the economy, the Labour Fund has implemented policies and procedures that foster a work environment that enables work-life balance and adopts high levels of institutional flexibility, which lead to enabling the active participation of women within the organization and enhancing their productivity in their various roles.

Among the most prominent policy developments are those related to human resource management, including enhancing the communication and involvement of employees through newly established reward systems and flexibility in the work environment.

The organization adopted new policies that specifically target the enhancement of work-life balance such as maternity and paternity leave, as well as miscarriage and compassionate leaves.

Tamkeen’s dedication to fostering work-life balance resulted in a high representation of women within the organization, where 53% of Tamkeen’s employees are women, and over 50% of leadership positions are filled by women.

With the establishment of an internal career progression and training platform, women in Tamkeen achieved 53% of promotions and incentives in 2021, a testament to their distinction across various job roles and responsibilities, as well as a reflection of the effect of gender balance on the competitiveness of women in the labor market.