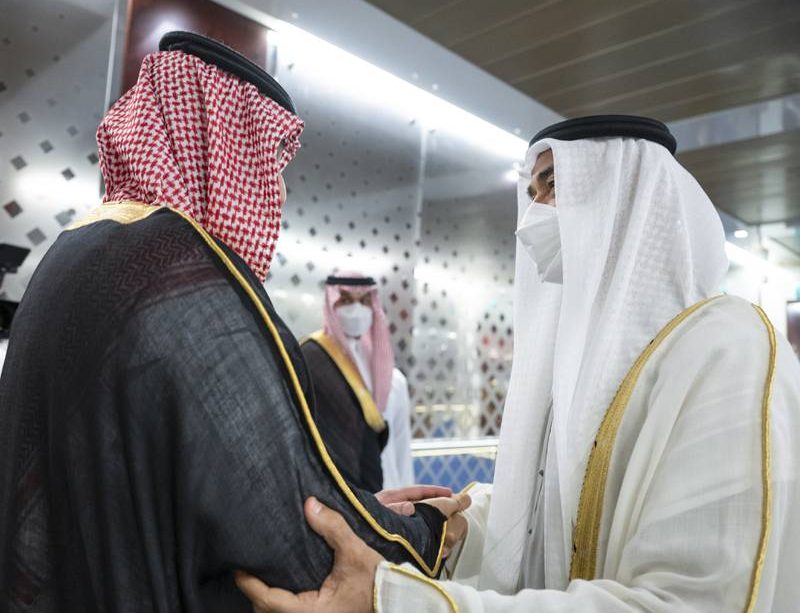 Saudi Arabia’s Crown Prince Mohammed bin Salman arrived in the UAE on Tuesday as part of his ongoing trip of the GCC member states.

Prince Mohammed arrived at the Presidential Airport in Abu Dhabi in the evening on an official two-day visit to the Emirates.

The Saudi crown prince spent the previous 24 hours in Oman, where he held talks with Sultan Haitham. 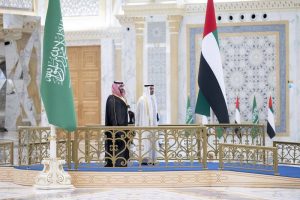 Sheikh Mohamed was accompanied by a high-level entourage of top officials to welcome Prince Mohammed to the UAE.

Prince Mohammed is currently on a tour of the five members of the Gulf Co-operation Council – Oman, the UAE, Bahrain, Qatar and Kuwait.

It will be his first visit to Qatar since the AlUla summit in January ended a rift in the GCC and re-established ties between Doha and Saudi Arabia, the UAE and Bahrain.

State media in Saudi Arabia said the tour would be focused on ways to enhance co-ordination between GCC states and measures to strengthen the work of the regional body before the leaders’ summit in mid-December.