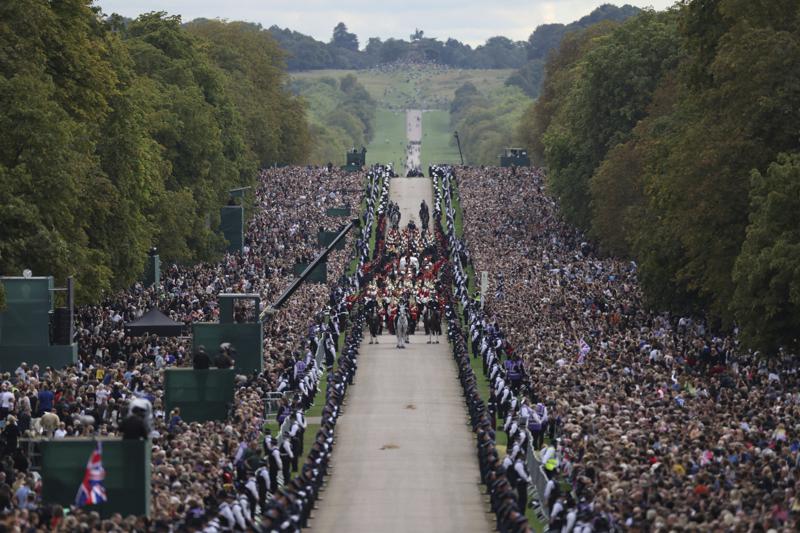 WINDSOR : Queen Elizabeth II’s beloved dogs and one of her favorite ponies greeted the late monarch’s coffin when it was brought to Windsor Castle.

Corgis Muick and Sandy were brought into the castle’s quadrangle for the coffin’s arrival following the queen’s funeral at Westminster Abbey and a drive through London and on to Windsor.

Emma, a black fell pony the queen owned for 26 years, stood on the grass with a groom at the side of the Long Walk in front of the castle as the coffin procession marched past before a committal service at St. George’s Chapel.

The queen’s affection for her dogs and her horses was well known. She owned more than 30 corgis during her lifetime. Muick and Sandy have been rehomed with her son, Prince Andrew.