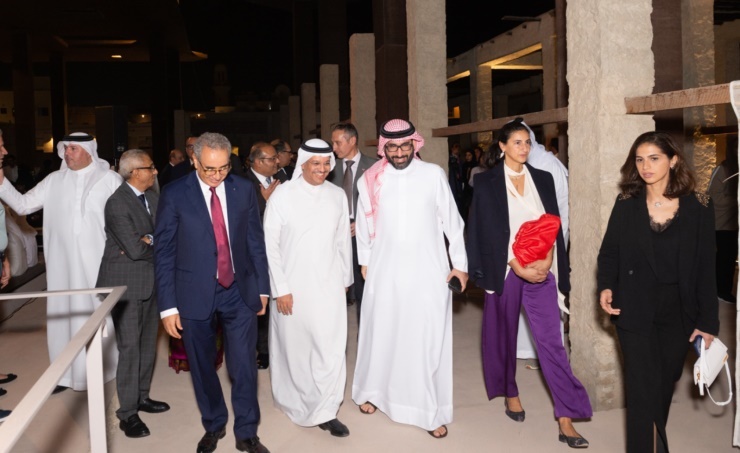 The event is being co-organized by the Bahrain Authority for Culture and Antiquities and the Shaikh Ebrahim bin Mohammed Al Khalifa Center for Culture and Research as part of the Pearling Path project.

The festival features a wide variety of events at numerous venues across the city on the weekends of the first two weeks of the month (December 1-3 and December 8-10) between 05:00 p.m. and 09:00 p.m.

The festival is consistent with the city’s designation as a “Creative City of Design” by UNESCO and is an investment in the cultural infrastructure improvements made over the past few years.

The Muharraq Nights Festival features a wide variety of art and design-related events at landmark locations across the city, including UNESCO World Heritage sites and homes branching from the Shaikh Ebrahim bin Mohammed Al Khalifa Center for Culture and Research.

The festival takes place all over the city, from the northernmost Siyadi Majlis to the southernmost Qal’at Bu Mahir, and will feature a wide variety of activities, such as musical performances, exhibitions, workshops, markets, and much more. Activities at the festival will be split into eight categories to appeal to a wide variety of age groups and interests: Arts, Design, Crafts, Food, Music, Cinema, Activities and Tours.

The public will be able to view a number of exhibitions and works of art, including “What She Sees” by Mhairi Boyle at the Pearling Path Visitors Centre, “Post-Fiction: Manama” by the Al Riwaq Art Space at Amarat Al Doi, “To the Rhythm of Pearls” by Ishaq Madan at Amarat Fakhro I & II.

The festival also includes the exhibition “My Sorrow, How Fleeting are Those Years” by Last Oil Well at the Exhibition Space, “At the Edge” at the Memory of the Place – Bin Matar House, “All-Purpose” at House of Architectural Heritage, “Otolithe” by Hasan Hujairi & Christine Rebet at the Fusoos Square, and “Belonging” by Marwa Rashid Al Khalifa at the Archaeologies of Green.

Visitors to the festival can also stop by a variety of art studios and galleries, including the Busaad Art Gallery, Studio Anne Holtrop, Ta’a House, and others that are scattered throughout Old Muharraq.

The public is invited to the Suq Nights in Amarat Fakhro I & II, where designers and entrepreneurs showcase their original creations and goods that cater to a variety of tastes and interests. Additionally, they can check out the Suq Al Qaysariyyah, which has many newer stores and design studios.

Shops selling traditional swords, gold and jewelry, the world-famous Bahraini Halwa, woodwork, antiques, and Kurar embroidery will all be open to visitors during the Muharraq Nights Festival so that they can meet the artisans and learn more about their work.

Bahrain to host FIBA Mid-Term Congress, Hall of Fame in 2025

Preventive use of developed Pfizer-BioNTech urged