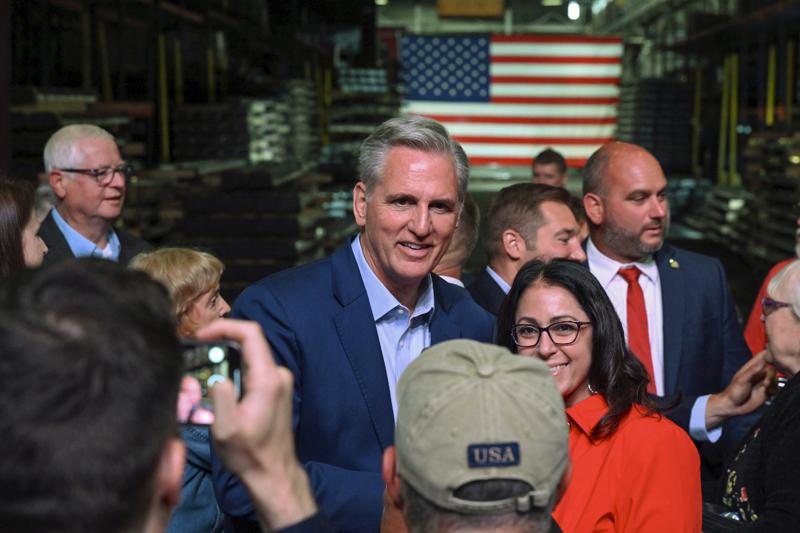 MONONGAHELA : House Republican leader Kevin McCarthy on Friday confronted President Joe Biden and the Democratic majority in Congress with a conservative midterm election agenda filled with Trump-like promises, working not only to win over voters but to hold together the uneasy coalition of his own party that has struggled to govern.

McCarthy, who is poised to seize the speaker’s gavel if Republicans take control of the House in the fall, never once mentioned the former president. Instead, the GOP leader traveled to battleground Pennsylvania hoping to replicate the strategy that former Speaker Newt Gingrich of Georgia used to spark voter enthusiasm and gain a majority in 1994.

“What the ‘Commitment’ is, it’s a plan for a new direction,” McCarthy said at a manufacturing facility in a historic building along the Monongahela River.

The House GOP’s “Commitment to America” gives a nod to the earlier era but updates it in the age of Donald Trump, with economic, border security and social policies to rouse the former president’s deep well of supporters in sometimes-overlooked regions like this rusty landscape and rolling farmland outside Pittsburgh.

Families mourn as at least 71 die on Lebanon migrant boat