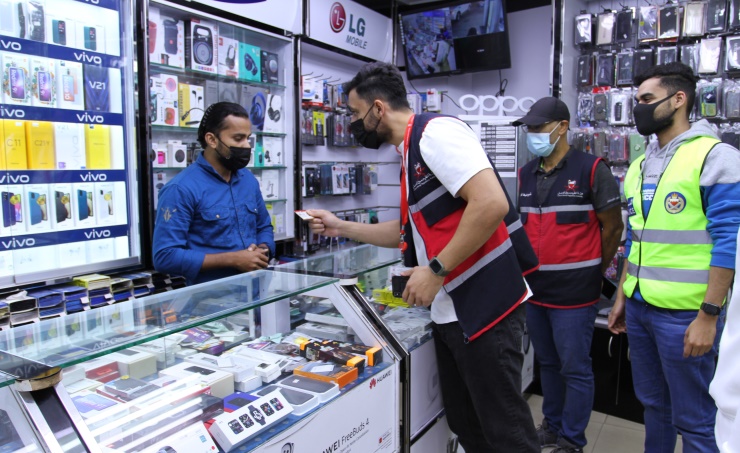 The campaign, which covered a number of the Governorate’s work sites, resulted in detecting a number of violations related to LMRA’ s Law provisions and the Kingdom’s Residence Law. Consequently, several workers who violated the regulations and laws were arrested, and measures were taken to deport them in conformity with the applicable legal mechanisms in place.

LMRA’s Director of Labour Inspection, Hamad Faisal Al Mulla pointed out that this campaign is in line with LMRA’s ongoing intensive efforts in collaboration with the Ministry of Interior and the relevant government authorities to upgradeg the work environment and confront all negative practices which adversely affect the labour market’s competitiveness, equality, flexibility, and the social security.

Al Mulla underscored the importance of the society’s significant role in bolstering the efforts and endeavours exerted by authorities to foster better social well-being and achieve health and economic stability.

NPRA’s Director of Investigation and Follow Up, Colonel Talal Nabil, made reference to the continued joint inspections in collaboration with government authorities to detect CRs in all governorates which mis-use work permits, in addition to ensuring adherence to LMRA’s residence laws and regulations, as part of the unwavering efforts exerted by the Ministry of Interior and LMRA to combat the phenomenon of irregular labour.

Colonel Talal Nabil further emphasised the significant role assumed by the society in fostering the efforts of government authorities in combatting illegal practices, calling upon the public to report any complaints in this respect.