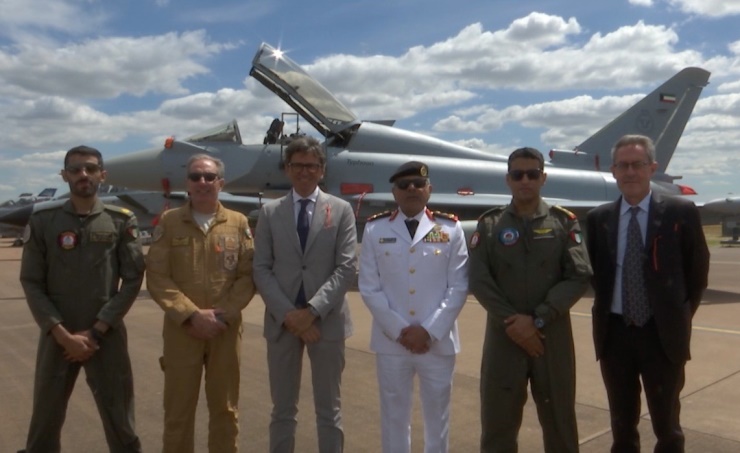 Members of the Kuwait air force reflected their professionalism and dedication while participating in the Royal International Air Tattoo at the RAF Fairford in Gloucestershire, England on July 15-17, said a Kuwaiti official on Sunday.

Speaking to KUNA and Kuwait Television (KTV), head of the Kuwaiti military office in London Brigadier Naif Al Askar said that Kuwaiti pilots were amongst 56 teams taking part in the airshow.

The Kuwaiti air force is keen on developing its capabilities and combat readiness during such events, he added.

Commander of the Seventh Squadron Colonel Isa Al-Rashidi said that it was the second Kuwaiti participation in the airshow. The first was in 1993.

The Kuwaiti air force pilots used the latest version of Eurofighter equipped with the most advanced systems of aviation and combat, KUNA said.

The Royal International Air Tattoo is held in July each year and attracts over 15,000 spectators.