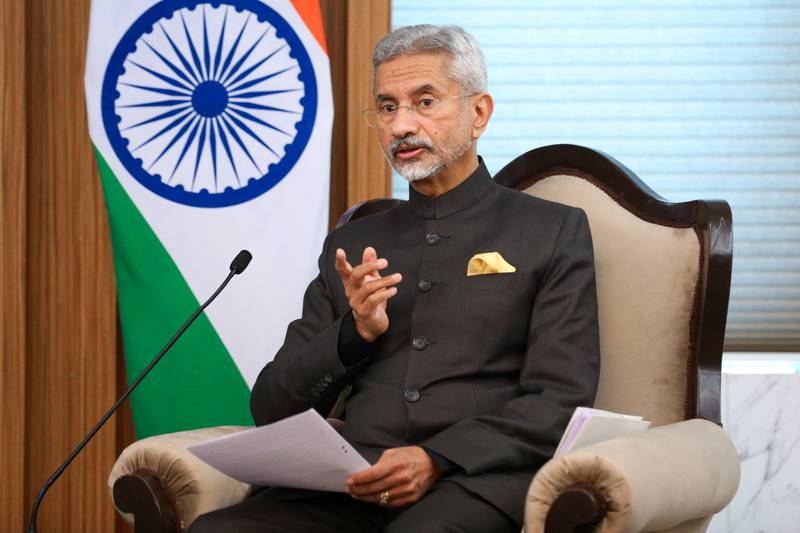 India and Pakistan’s foreign ministers have condemned the Houthi attack on Abu Dhabi that killed three of their citizens.

“Dr Jaishankar expressed India’s strong condemnation and denunciation of the terrorist attack by the terrorist Houthi militia on civil areas and facilities in the UAE.”

“He also reiterated India’s full solidarity with the leadership, government and people of the UAE, highlighting the strong ties that their countries share.”

Shah Mehmood Qureshi, Pakistan’s Foreign Minister, denounced the incident as a terrorist act that left one of his countrymen dead.

Pakistan’s Ministry of Foreign Affairs called the incident a “heinous terrorist attack” and offered its condolences to those injured. It said it would support the family of its citizen who died.

Two Indians and a Pakistani citizen died and six others were injured in an explosion at Adnoc’s fuel storage depot in Mussaffah, Abu Dhabi, at about 10am on Monday.

A second incident led to a fire in a part of Abu Dhabi airport where construction is being carried out. No casualties were reported there.

Officials said an investigation was continuing and have not publicly confirmed that the strikes were by aerial drones.

Three dead and all homes destroyed on one of Tonga’s islands after ...