Home›NEWS›IMF: Slowdowns in US and China to weigh on 2022 economic growth
NEWSWORLD

IMF: Slowdowns in US and China to weigh on 2022 economic growth 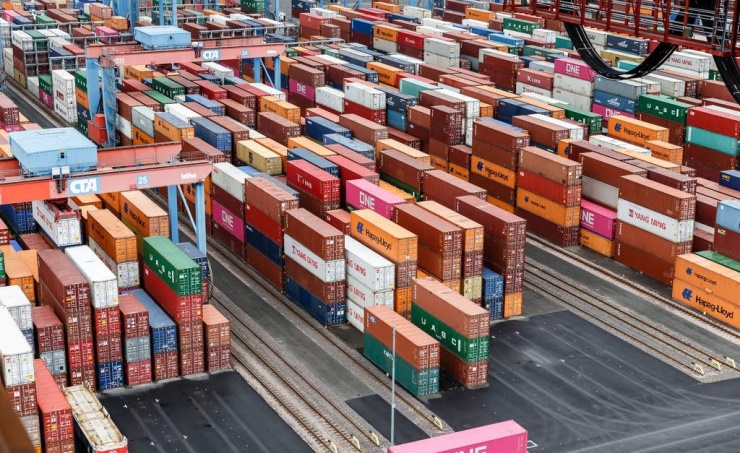 Washington : Lagging growth in China and the US is likely to weigh on the global economy this year, warned the International Monetary Fund in its new economic report on Tuesday, as it lopped several percentage points off of economic expectations.

The latest World Economic Outlook (WEO) now predicts that global economic growth will hit 4.4 percent in 2022, 0.5 percentage points down from the 4.9 percent it predicted in October, partly due to the Omicron coronavirus variant.

US economic growth is now expected to hit 4 percent, down 1.2 percentage points from the last forecast. A lot of the reduced economic potential is due to a failed effort to pass a package of new social services and climate protection measures in the legislature.

In China, lingering problems with the country’s real estate sector, where some major firms are near bankruptcy, weighed on the forecast, which slid 0.8 percentage points to 4.8 percent. The IMF also blamed coronavirus lockdowns and lack of consumer interest.

Projected German economic growth is now at 3.8 percent, down 0.8 percentage points from the October projection. The IMF noted that global supply chain disruptions are weighing heavily on the export-oriented German economy.

But there could be better news next year.

“We expect global growth to slow to 3.8 percent in 2023. This is 0.2 percentage points higher than in the October 2021 WEO and largely reflects a pick-up after current drags on growth dissipate,” IMF chief economist Gita Gopinath said.

The body acknowledged that the new economic forecasts were characterized by a high degree of uncertainty.

Referring to the coronavirus pandemic, Gopinath said the development of more dangerous variants could prolong the crisis but there is reason for optimism.

“While Omicron will weigh on activity in the first quarter of 2022, this effect will fade starting in the second quarter,” a blog post said.

China’s strategy of using strict local lockdowns to prevent the virus from spreading could though exacerbate problems in global supply chains.

The IMF also said inflation is likely to surge even more than it has in the past three months.

A combination of shipping bottlenecks and increased demand has caused prices to boom, sparking a debate about whether this is a temporary side effect of the coronavirus pandemic or an economic shift.

The new World Economic Outlook forecasts an average inflation rate of 3.9 percent for industrialized nations, a 1.6-percentage-point increase compared to its last forecast, in October.

Developing and emerging economies are expected to see an average inflation rate of 5.9 percent, about 1 percentage point more than previously expected.

The IMF predicts trade should face fewer disruptions in 2023.

Combined with stabilizing energy prices and tighter monetary policy, that could slow the rise of inflation down, it said, predicting rates of 2.1 percent in industrialized nations and 4.7 percent in less-developed economies.

European Central Bank chief economist Philip R Lane has said the central bank will be willing to act if inflation rises too high, although he predicts that prices will come down “sharply” towards the end of 2022.

“If we received data suggesting that inflation is too high relative to 2 percent, of course we would react,” Lane said in an interview with the Lithuanian newspaper Verslo zinios.