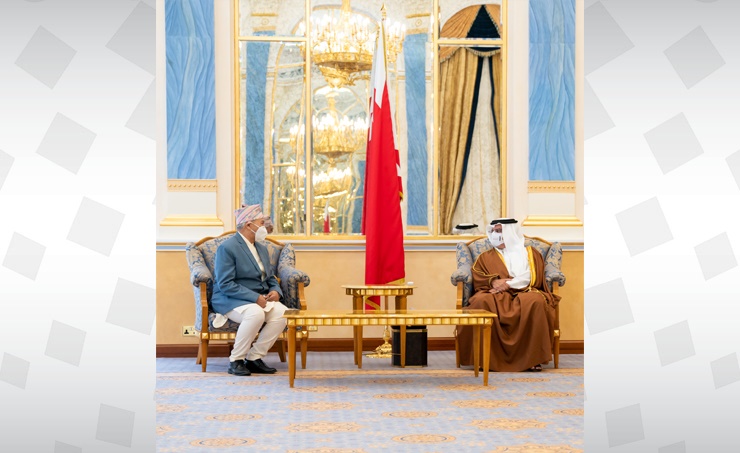 Bahrain :  His Royal Highness Prince Salman bin Hamad Al Khalifa, the Crown Prince and Prime Minister, today received the outgoing ambassador of the Federal Democratic Republic of Nepal, His Excellency Padam Sundas, at Gudaibiya Palace to mark the end of his tenure in Bahrain.

His Royal Highness highlighted the importance of continuing to develop the strong ties that exist between the Kingdom of Bahrain and Nepal.

His Royal Highness commended the efforts of HE Ambassador Sundas to further Bahrain-Nepal relations and wished the Ambassador success in his future assignments.

For his part, HE Padam Sundas expressed his gratitude for the opportunity to meet HRH the Crown Prince and Prime Minister, and expressed his appreciation for HRH’s support throughout his tenure and his commitment to fostering good relations between Bahrain and Nepal.

The Minister of Finance and National Economy, HE Shaikh Salman bin Khalifa Al Khalifa, was also in attendance.