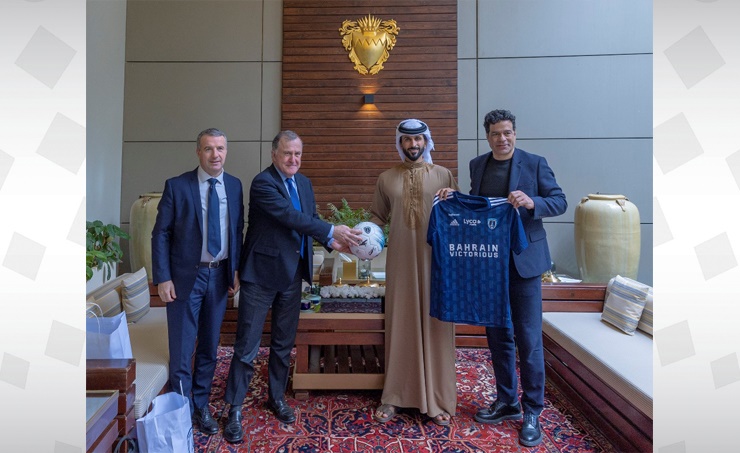 HH Shaikh Nasser commended the tremendous efforts by the board chairman and members of Paris FC to establish the club’s status in French football, as well as in putting in place suitable conditions for it to achieve positive results.

HH Shaikh Nasser said that the team, which carries the slogan of Victorious Bahrain, promotes the Kingdom, highlights its wide-ranging achievements at various sports gatherings and contributes to achieving its Economic Vision 2030.

HH Shaikh Nasser indicated that Paris FC is on the right track, citing its positive results over the past period, wishing its further success.

HH Shaikh Nasser was presented with a commemorative gift, which was a jersey of Paris FC carrying HH’s name and number 13.

Pierre Ferracci expressed thanks and appreciation to HH Shaikh Nasser for his ongoing support for Paris FC, contributing to achieving many goals set by its board.

Bahrain exports BD4.967 billion worth of products of national origins during 2022