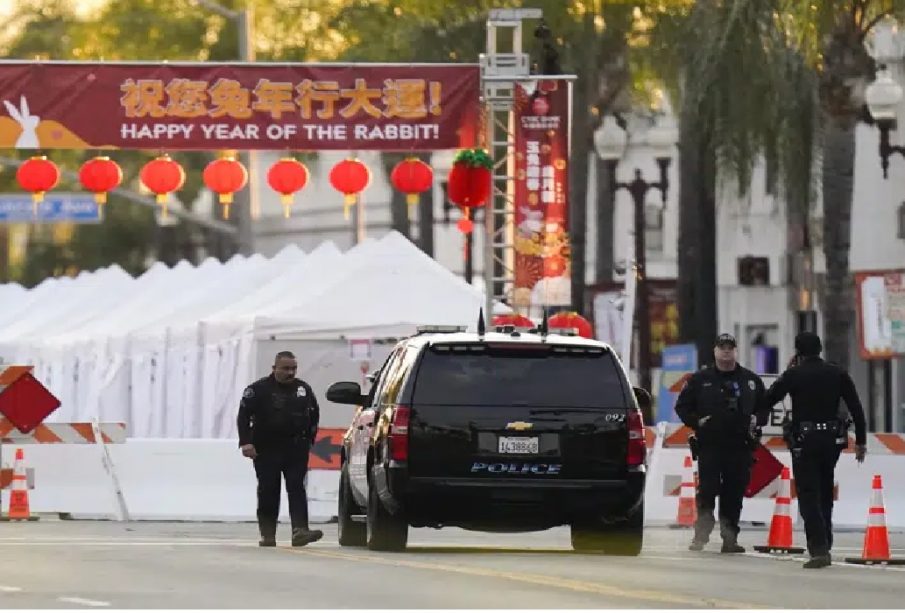 MONTEREY PARK : A gunman killed 10 people at a ballroom dance studio amid Lunar New Year celebrations and then may have tried — but failed — to target a second dance hall, authorities said Sunday. An urgent search was underway across the Los Angeles area for the suspect.

LA County Sheriff Robert Luna said the shooting at the Star Ballroom Dance Studio in Monterey Park left five women and five men dead and wounded another 10 people. Then 20 to 30 minutes later, a man with a gun entered the Lai Lai Ballroom in nearby Alhambra.

Luna said it’s still unclear whether the events are connected.

The incident in Alhambra “may be related,” Luna said. “We’re not quite there yet, but it’s definitely on our radar screen.”

The suspect in both cases was described as an Asian male. He entered the Alhambra club with a gun, and people wrestled the weapon away from him before he fled, Luna said. Investigators are interested in a white cargo van that was seen in the area, he added.

The sheriff declined to say what type of gun was recovered in Alhambra. He said investigators believe the gun used in Monterey Park was not an assault rifle.