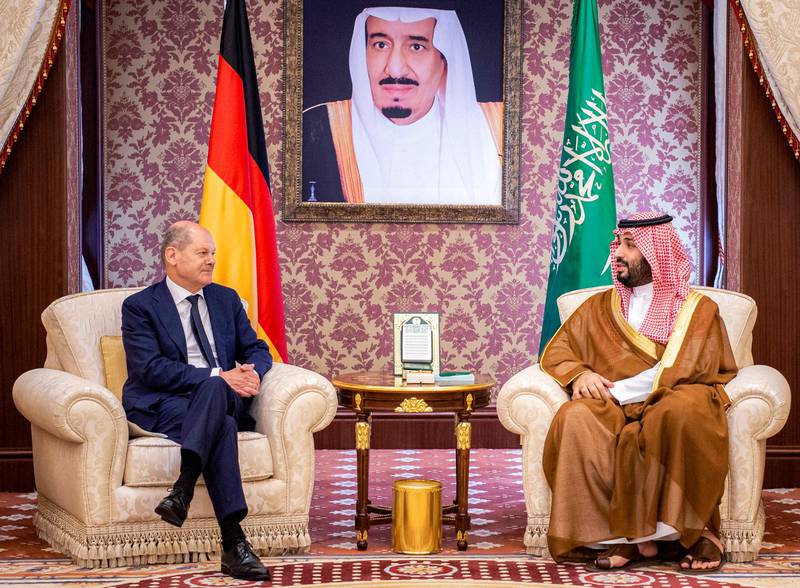 He later met with Crown Prince Mohammed bin Salman and was scheduled to meet a group of Saudi women.

The chancellor hopes to agree to new energy partnerships with the oil and gas-rich Gulf states after losing supplies from Russia in the wake of its invasion of Ukraine.

Germany’s economy is already on the verge of a recession amid soaring prices and the prospect of a difficult winter after Russia halted gas shipments, which Germany relied on more than many of its neighbours.