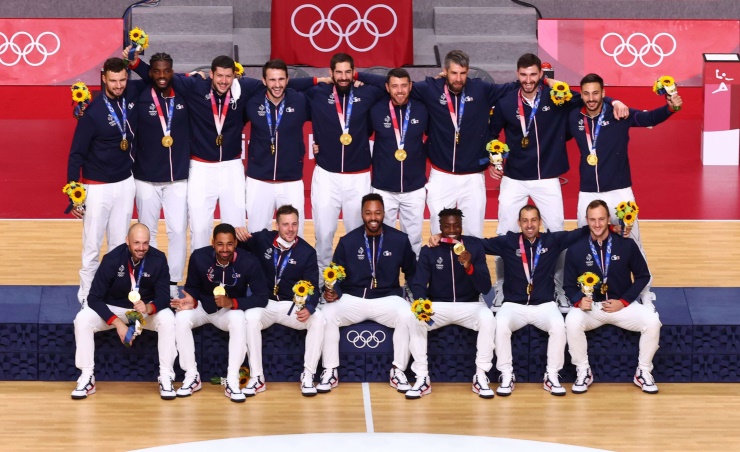 Tokyo : France won the Olympic men’s handball gold medal Saturday after beating Denmark 25-23 in the final, gaining a measure of revenge for defeat to the Danes in the gold medal game in 2016.

France led by six goals early in the second half before Denmark came back to make it a one-goal game in the final minute. Ludovic Fabregas managed a steal and empty-net goal with six seconds left to secure the win and start the French celebrations.

France was playing its fourth consecutive men’s Olympic final after winning in 2008 and 2012 and losing to Denmark in 2016. The French women’s team plays the Russian Olympic Committee for the gold Sunday. No country has won the men’s and women’s tournaments at the same Olympics since Yugoslavia in 1984.

France led 14-10 at halftime after denying Denmark chances in the first half with smart defensive work to restrict Denmark to 18 shots against France’s 26. Two more goals early in the second half opened up the French lead to six, but Denmark cut the deficit for a hectic finish.

Spain beat Egypt 33-31 for the men’s bronze medal thanks to a late surge after the game was tied 28-28 with six minutes remaining, reports AP.

Egypt was aiming to become the first African country to win a medal in handball and the first men’s medalist from outside Europe since South Korea in 1988.