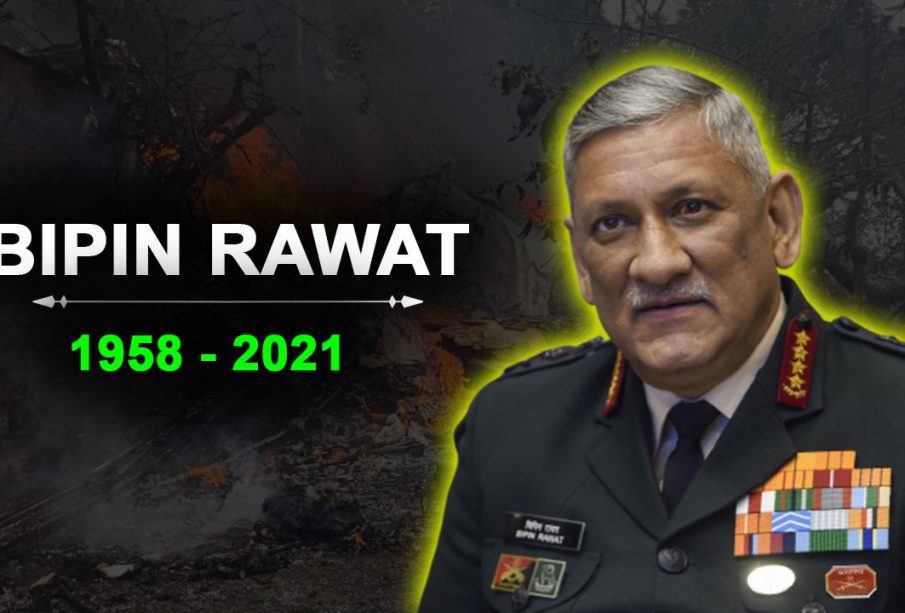 India’s top military commander has died in a helicopter crash in the southern Indian state of Tamil Nadu, the air force says.

Chief of Defence Staff Gen Bipin Rawat, his wife and 11 others were killed after the Mi-17V5 helicopter came down in hills near Coonoor city.

One survivor is being treated for his injuries in hospital.

The Indian Air Force said it had ordered an investigation into the accident. A cabinet security committee is to hold an emergency session, chaired by Prime Minister Narendra Modi.

On Twitter, Mr Modi said: “[Gen Rawat] brought with him a rich experience of serving in the Army. India will never forget his exceptional service.”

Images from the crash site showed thick plumes of smoke billowing from the mangled remains of the helicopter, and local people trying to put out the fire.

The helicopter had just taken off from the army base in Sulur, and was headed for Wellington town, less than 100km (62 miles) away, where Gen Rawat was set to visit the Defence Services Staff College.

The sole survivor of the crash is a captain working at the college.

Although the Mi-17V5 is among the most sophisticated military transport helicopters, India’s ageing air force fleet is often blamed for a high number of crashes.

In 2017, seven military personnel were killed in a crash in the north-eastern state of Arunachal Pradesh. The helicopter was on a training sortie.

A year before that, another of the helicopters had crashed immediately after take-off during a military drill in the northern state of Uttarakhand. No casualties were reported then.