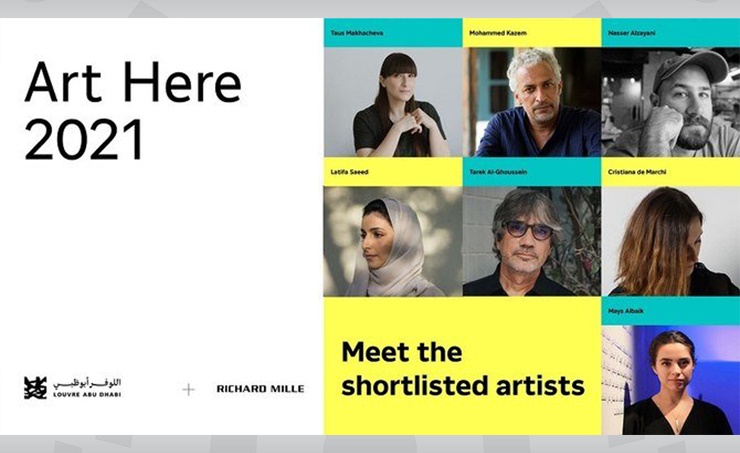 Al Zayani, born in 1991 in Manama and working in Abu Dhabi, holds an MFA in Glass from the Rhode Island School of Design and a bachelor’s in architecture from the American University of Sharjah. He has been showcased in a number of group exhibitions, including Kissing Through A Curtain, MASS MoCA, North Adams, 2020; The Youth Takeover, Jameel Art Centre, Dubai, 2020; Glass Triennial, Sol Koffler Gallery, Providence, 2019; _____scapes, Gelman Gallery, Providence, 2019; Bayn, Warehouse421, Abu Dhabi, 2017; and Watering the Distant, Deserting the Near, Al Riwaq, Bahrain, 2016.

He was a recipient of the Fundación Casa Wabi x ArtReview Residency in 2017, the Villa Lena Foundation Residency in 2018, and the Cultural Foundation Art Residency in Abu Dhabi in 2021. The winner of the 2021 Richard Mille Art Prize, who will receive a $50,000 cash prize will be selected from among these seven artists and will be announced during an award ceremony to be held in the months following the opening.

The new annual Louvre Abu Dhabi Art Here exhibition and The Richard Mille Art Prize aim to highlight contemporary art and artists in the UAE, the region, and beyond. The first edition is concurrent with the UAE’s 50th National Day Golden Jubilee and sought proposals from artists based in the UAE. The exhibition and prize also represent a further extension of the museum’s universal approach by including contemporary artists in its collection and narrative.

“We were thrilled to have received a large number of proposals from artists across the UAE for this first edition of Louvre Abu Dhabi Art Here 2021 exhibition and The Richard Mille Art Prize,” Noujaim said. “The calibre and creativity of these submissions are reflective of the UAE’s thriving art scene. We are also excited to be supporting our community of talented artists, who are deeply engaged with the time and place in which they are working.”