Bahrain to host FIBA Mid-Term Congress, Hall of Fame in 2025 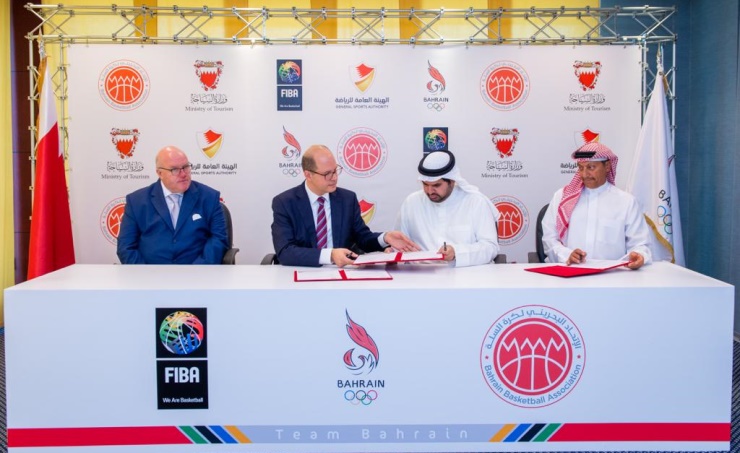 Manama : The Bahrain Olympic Committee (BOC) and the Bahrain Basketball Association (BBA) signed an agreement with the International Basketball Federation (FIBA) under which Bahrain will host the FIBA Mid-Term Congress and the FIBA Hall of Fame ceremony to honour basketball stars in 2025.

The initiative, initiated by BOC, will be held for the first time in Bahrain in 2025.

On the occasion, HH Shaikh Isa bin Ali bin Khalifa Al Khalifa, expressed delight at the kingdom’s hosting of the historic event for the first time in the kingdom, embodying the directives of His Majesty King Hamad bin Isa Al Khalifa, the support of His Royal Highness Prince Salman bin Hamad Al Khalifa, the Crown Prince and Prime Minister.

It is also the fruitful outcome of the follow-up of HM the King’s Representative for Humanitarian Work and Youth Affairs and Chairman of the Supreme Council for Youth and Sports (SCYS), His Highness Shaikh Nasser bin Hamad Al Khalifa, and that of the SCYS First Deputy Chairman, General Sports Authority Chairman and BOC President, Highness Shaikh Khalid bin Hamad Al Khalifa, he said.

Tourism Minister affirmed the keenness to the Tourism Ministry and the Bahrain Tourism and Exhibitions Authority (BTEA) to put in place all success requirements for the kingdom’s hosting of FIBA Mid-Term Congress and Hall of Fame in 2025 through effective and fruitful coordination with all stakeholders.

She affirmed the kingdom’s distinguished capabilities to host mega continental and global events thanks to its advanced facilities, geographical location and security.

She added that the world event will contribute to ensuring the success of Bahrain Tourism Strategy 2022-2026, as sports tourism will attract tourists and visitors to the kingdom.

FIBA Secretary-General expressed thanks and appreciation to BOC and BBA for signing the agreement that confirms that Bahrain is a partner to FIBA in achieving its goals, expressing confidence in the kingdom’s ability to ensure the success of the FIBA Mid-Term Congress and Hall of Fame.