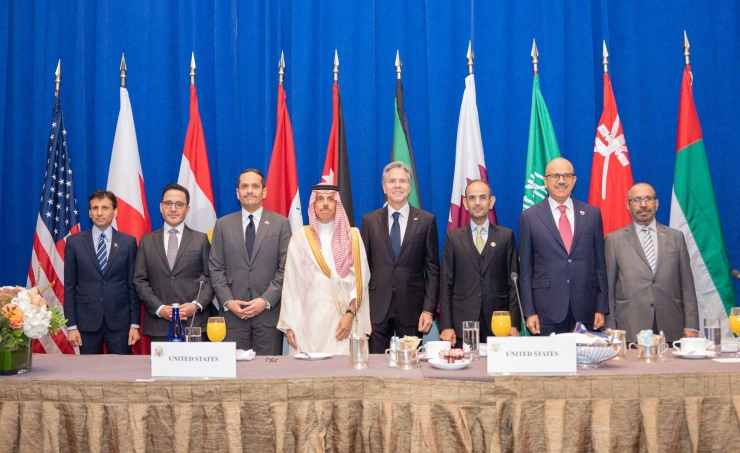 New York : Minister of Foreign Affairs, Dr. Abdullatif bin Rashid Al-Zayani, the Undersecretary of the Ministry of Foreign Affairs for Political Affairs, Dr. Shaikh Abdulla bin Ahmed Al Khalifa,  the Ambassador of the Kingdom of Bahrain to the United States of America, Shaikh Abdulla bin Rashid Al Khalifa, participated in the joint ministerial meeting today between the foreign ministers of the countries of the GCC countries, the Hashemite Kingdom of Jordan, the Arab Republic of Egypt, the Republic of Iraq, the Republic of Yemen and the United States of America, on the sidelines of the 77th session of the UNGA.

The ministers also discussed aspects of bilateral cooperation in various fields, and ways to enhance them to consolidate the foundations of security, development and stability in the region, and achieving the aspirations and goals of the participating countries.