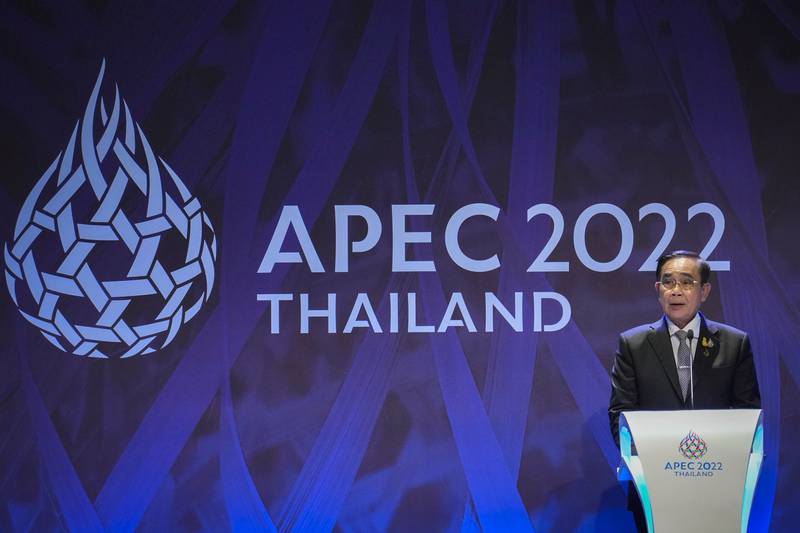 Leaders from the Asia-Pacific region have called for an end to the war on Ukraine and pledged to steer the region’s economies towards sustainable growth as they concluded summit meetings on Saturday.

Host Thailand was able to bridge divisions among the 21 members of the Asia-Pacific Economic Co-operation forum as most members condemned the war in Ukraine.

Russia is an Apec member, as is China, which has generally refrained from criticising Moscow.

The declaration issued by Apec leaders acknowledged differing views on the war and said the forum, which is devoted largely to promoting trade and economic ties, was not a venue for resolving conflicts.

But it said the war and other security concerns can “can have significant consequences for the global economy”.

The declaration said most members strongly condemned the war and emphasised that it was causing immense human suffering and worsening inflation, supply chain problems, food insecurity and financial risks.

Like the statement issued by the G20 at a summit in Bali, Indonesia, the Apec declaration echoed a March 2 UN General Assembly resolution that “deplores in the strongest terms the aggression by the Russian Federation against Ukraine and demands its complete and unconditional withdrawal from the territory of Ukraine”.

The Apec meetings on Saturday concluded a flurry of gatherings in South-East Asian countries this week, events that gave leaders opportunities for face-to-face talks that have been rare in the past two years owing to the coronavirus pandemic.