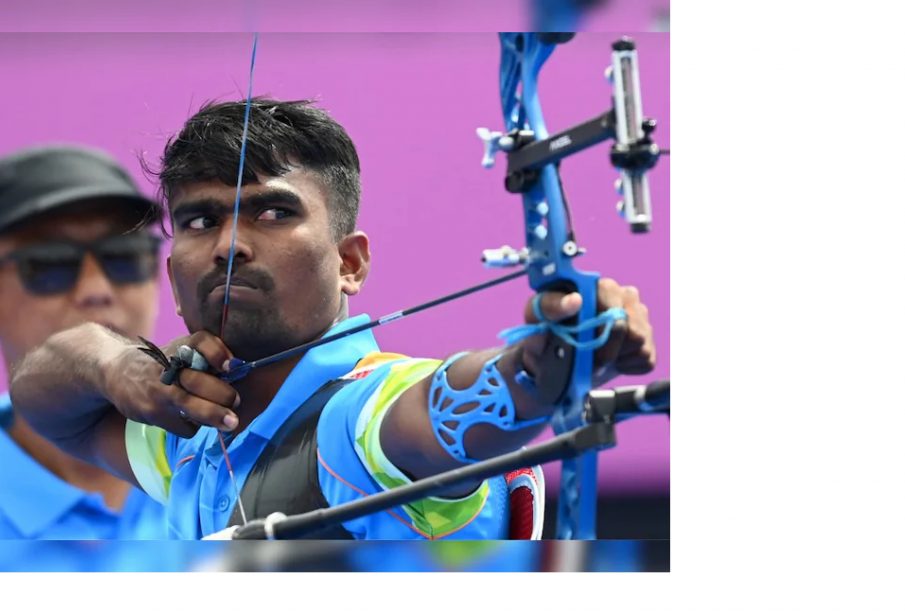 Tokyo Olympics: Indian archer Pravin Jadhav received anxious calls from his parents, who were threatened against renovating their house, on his return to India.

Returning from his maiden Olympics, Indian archer Pravin Jadhav received anxious calls from his family members, who were warned against renovating their tin house by “jealous neighbours”. The 25-year-old grabbed eyeballs in an otherwise dismal campaign in Tokyo, finishing ahead of his senior India teammates, Atanu Das and Tarundeep Rai, in the ranking round. The performance earned him a surprise call to partner world number one Deepika Kumari in place of her regular partner and husband, Das, in the mixed pair event, where they made a last-eight exit. But all was not well back home in the small village of Sarade, where his neighbours were jealous of his new-found stardom and started giving threat calls, Jadhav claimed on his return.

“About five-six members of the family came in the morning and started threatening my parents, my cousin and aunt as we wanted to renovate tin house,” Jadhav, who lost to world number one Brady Ellison to make a second round exit in the individual section, told PTI.

The four members of the Jadhav family used to live in a hut but after he was enrolled in the Army, they built a concrete house with a tin roof.

“In the past too, they had created problems and wanted a separate lane which we had agreed to. But now they are crossing all the limits. How can they stop us from renovation?

“They are just being jealous of us. The property belongs to us, we have been living there for generations. We have all the land records in place.”

On return, the Indian contingent travelled straight to Sonepat, Haryana, for an India camp for next month’s world championships. They will have to attend fresh trials beginning Wednesday.

“My family is really disturbed and I’m also not able to be with them. I’ve informed this to the officials in the Army and they are looking into it,” he said.

SP of Satara district, Ajay Kumar Bansal, has promised all assistance to the Jadhav family.

“We have not received any written complaint. There is some land issue apparently. Based on a call from the Army Colonel, I’m sending my local in-charge to investigate the matter. Definitely he will get all the support legally,” Bansal told PTI.

Struggling to make ends meet, his father had told him that he had to drop out after class seven and join him at the construction site, where he himself worked.