Home›NEWS›An Olympian got lost, nearly missed his race, and won gold. Now he’s tracked down the volunteer who helped him out
NEWSSPORTSWORLD

An Olympian got lost, nearly missed his race, and won gold. Now he’s tracked down the volunteer who helped him out 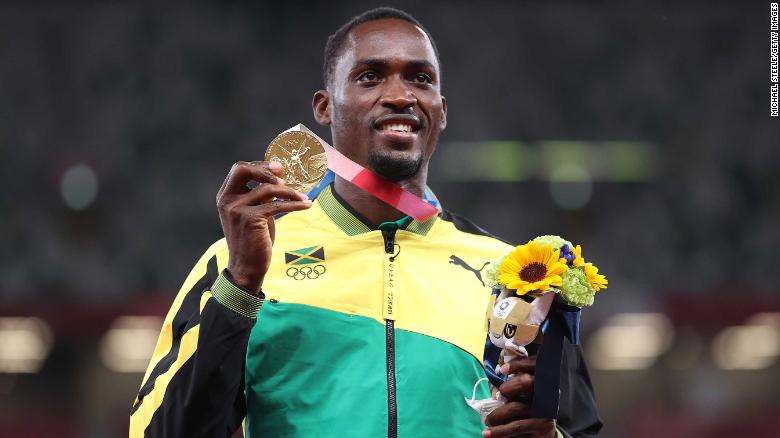 Jamaica : t’s a situation we can all relate to: You get on the wrong bus, lose track of time and come close to missing an important appointment — or in the case of Hansle Parchment, almost don’t make your semifinal in the 110 meters hurdles at the Olympic Games.

Jamaica’s gold medal-winning hurdler narrowly avoided embarrassment thanks to a volunteer who gave the athlete money for a taxi after he accidentally traveled to an aquatics arena instead of Tokyo’s Olympic Stadium on the day of his race.
And now Parchment has gone viral after tracking down the woman, repaying her for the cab, and showing her the gold medal he won the following day.
“I saw this volunteer and I had to beg… and she actually gave me some money to take one of the taxis. And that’s how I was able to get to the warm-up track at the stadium and with enough time to warm up to compete,” he said in a video recorded during the Games, which has attracted global attention this week.
CNN
Share this...