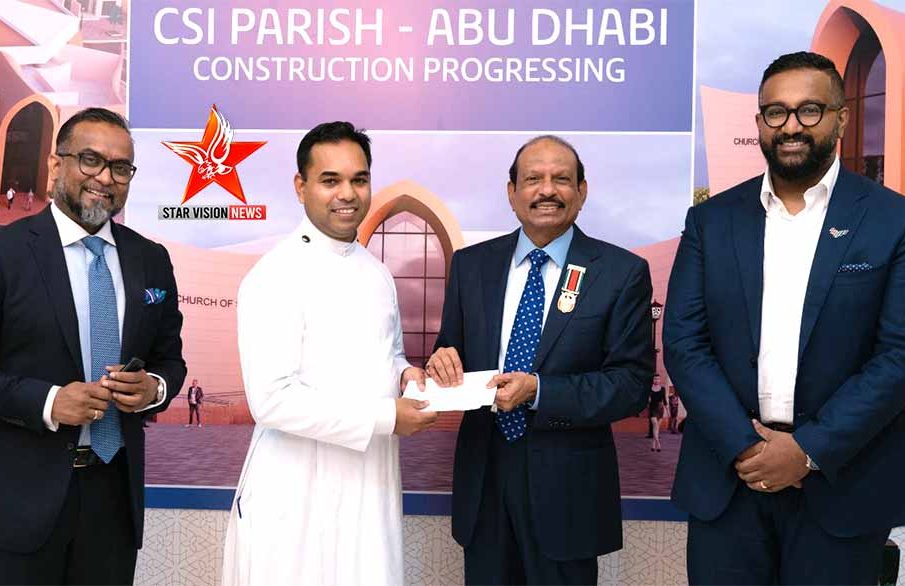 Yusuffali MA, chairman of Lulu Group, who  was well  known for his generosity,  stolen the hearts of the Abu Dhabi protestant community  by dating Dh500,000 to Rev Lalji M. Philip, Vicar of CSI Parish

Church of South India (CSI) established in 1947 is the largest protestant and united national Church in India. The 15,000sqft project consisting of a church building will be constructed on 4.37 acres of land allotted by His Highness Sheikh Mohamed bin Zayed Al Nahyan, Crown Prince of Abu Dhabi and Deputy Supreme Commander of the UAE Armed Force at Abu Mureikha region

More than his words his acts proven his love to mankind, Yusuff Ali never considered cast, creed and ration while extending his hand for support and lived as a role model to all Indians.

The event was held in the presence of Ashish Koshy, member of CSI, and V. Nandakumar, communications director of Lulu Group.

Children’s books on sheep leads to 5 arrests in Hong Kong under ...