Wall Street rises on growth stocks ahead of Fed minutes 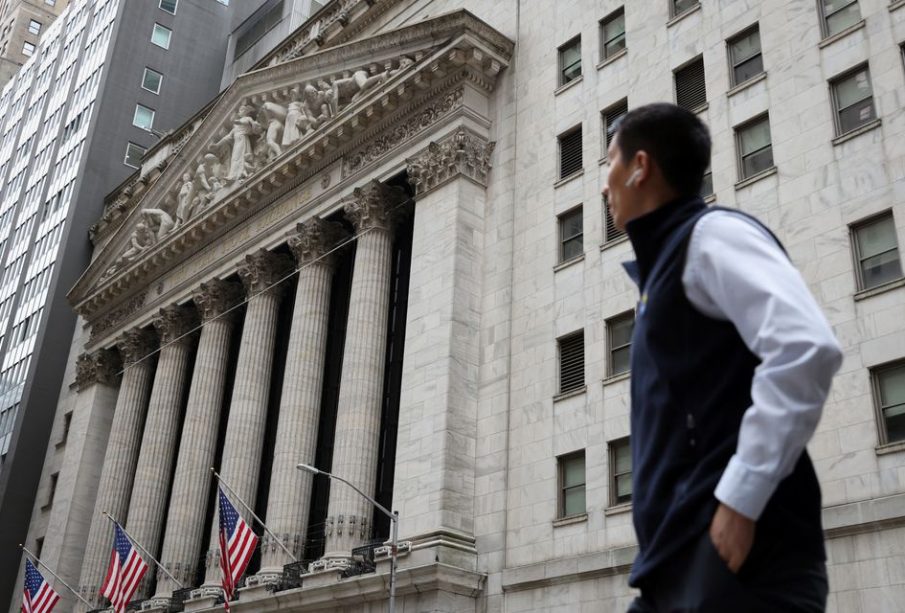 U.S. stock indexes shook off early weakness to trade higher on Wednesday as growth stocks rallied, with investors awaiting minutes from the Federal Reserve’s May meeting for clues on the path of its policy tightening.

The central bank had at its May 3-4 meeting increased interest rates by half a percentage point, the biggest jump in 22 years. Minutes of that session, due to be released at 2 p.m. EDT (1800 GMT), could start shaping the debate over what happens when they meet in June and July to fight surging prices.

“You will see a little more of a hawkish tone (today) and a bit more pivot from full employment to making sure that inflation is being fought,” said Mike Mullaney, director of global markets research at Boston Partners.

“If the Fed continues on the path they’ve suggested, you’ll see a greater probability of a recession in 2023.”

Fed Chair Jerome Powell has promised to keep pushing on rate hikes until there is clear and convincing evidence that inflation is dropping. That has prompted money markets to price in 50 basis point hikes in June and July. .

The aggressive outlook for policy tightening along with uncertainty stemming from Russia-Ukraine crisis and more recently dismal forecasts from retailers have pushed down the S&P 500 and Nasdaq by 16.8% and 27.4% this year, respectively.

“If we do force a recession, there’s still more downside risk for the S&P 500. You could see a 5% to 6% rally at any point, but it basically becomes a dead cat bounce,” Mullaney added.

On Wednesday, five of the 11 major S&P sectors advanced in morning trade, with consumer discretionary up 2.4%.

Amazon.com and Tesla Inc underpinned the gains on the Nasdaq with advances of 1% and 2.1%, respectively, while Nvidia Corp rose 2.5% ahead of its first-quarter results after market close.

Nordstrom Inc gained 10.3% after the upscale retailer raised its annual profit and revenue forecasts, counting on demand from affluent consumers to help it overcome price pressures.

The CBOE volatility index, also known as Wall Street’s fear gauge, rose for the second straight day and was last up at 29.80 points.

Russia drives to cut off key towns in Ukraine’s east