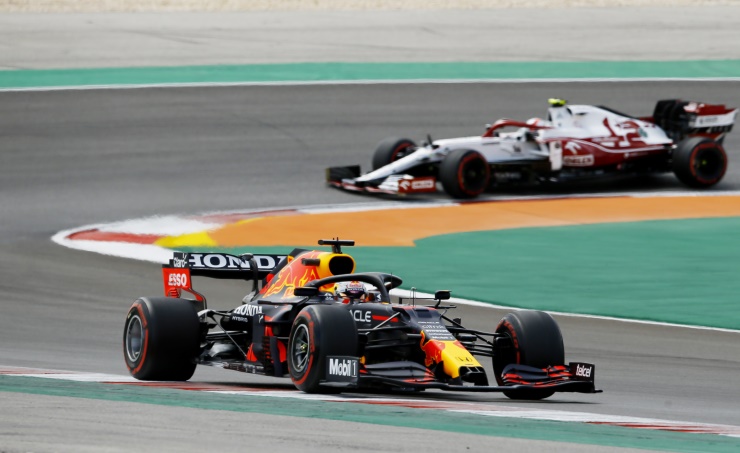 Portimao: Max Verstappen topped the final practice session for the Portuguese Formula One Grand Prix and seems capable of denying Lewis Hamilton a 100th career pole position later Saturday. Red Bull’s Verspappen clocked 1 minute 18.489 seconds around the 4.684-kilometre Autodromo Internacional do Algarve to be .0236 of a second quicker than the world champion Hamilton of Mercedes. Valtteri Bottas was third in the second Red Bull and Sergio Perez fourth in the other Red Bull, dpa reports. Bottas and Hamilton had the first two practice sessions Friday, and qualifying as well as Sunday’s race are expected to feature another duel of the two top teams. Hamilton and Verstappen have won a race each, with Hamilton one point ahead in the standings because he also had the fastest lap two weeks ago in Imola. The Briton will be aiming to become the first F1 driver to claim 100 pole positions in qualifying, his 99 poles already being 31 more than the 68 poles from second best Michael Schumacher.