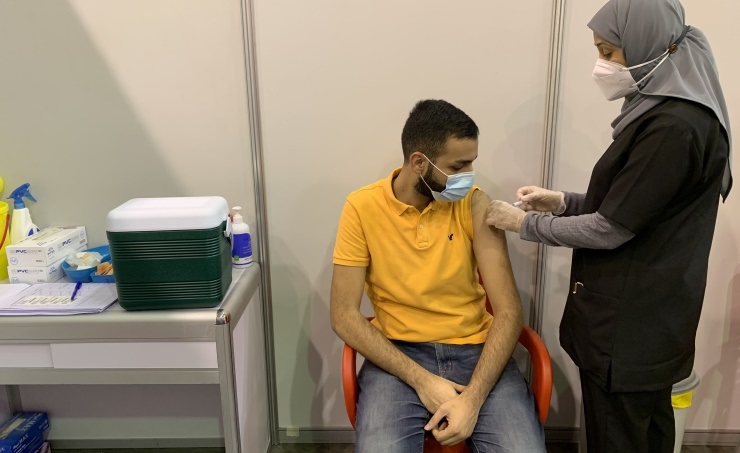 Whenever Jassim Amer went to the vast International Exhibition and Convention Center in Manama, it was mainly for shopping or for admiring the impressive items displayed during Jewelry Arabia and other high-profile shows.

However, this time, as he entered the high-ceilinged edifice, he felt he was on a patriotic duty in the service of his country and its people in particular and humanity in general.

Jassim is among the thousands of people who volunteered in the campaign to test the efficacy and safety of a vaccine produced by Chinese drug giant Sinopharm on healthy men and women from a large cross-section of the population.

“I did not have the slightest hesitation to sign up as a volunteer in the clinical trials because I felt it was not only the right thing to do, but also the one thing to do during these trying times,” the young man working in the media said.

“National responsibility should not remain a mere expression when duty calls,” he said. “It should be translated into action and practices on the ground. There is a huge and demanding fight in Bahrain and across the world to mitigate the spread of the coronavirus and then eliminate and we should all be ready as valiant soldiers in Bahrain to engage in this battle.”

Jassim said that his work in the media had enabled him to witness how the virus was ravaging the world, taking lives and making normal life impossible for hundreds of thousands of people who were often left helpless.

“I also witnessed how Bahrain with the prompt action, precautionary measures and preventive decisions made by the National Taskforce for Combating the Coronavirus led by HRH Prince Salman bin Hamad Al Khalifa, the Crown Prince, Deputy Supreme Commander and First Deputy Premier, by the national media taskforce and by other competent entities. I admired the dedication and devotion of the healthcare workers as well as by all the people who enabled Bahrain not only to keep afloat during the difficult economic challenges, but also to help the Kingdom with its forward-looking movement. I felt that I too should do something,” he said.

Participation in the third phase of clinical trials is a responsibility and a duty that he must bear, he said.

Jassim insisted that the process to volunteer was “very simple”and was made electronically.

“Then, there is the direct and close follow-up by those in the Exhibition Center. It is also possible to go directly to the center, where papers containing complete and clear information are handed out to the volunteers to read it before meeting the doctor and completing the process,” he said.

“I was impressed with the way the whole process was carried out. I would like also to commend the high safety procedures, the warm welcome accorded by the well-organized health staff.”

For Jassim, such details were very significant and strengthened his resolve to be part of the team that cared about Bahrain’s safety and wellbeing.

“Honestly, there are numerous ways to rise up to responsibilities to face the challenges imposed by COVID-19 and one of them is answering the call of duty for the sake of our homeland,” he said.

World must be better prepared for next pandemic: WHO chief