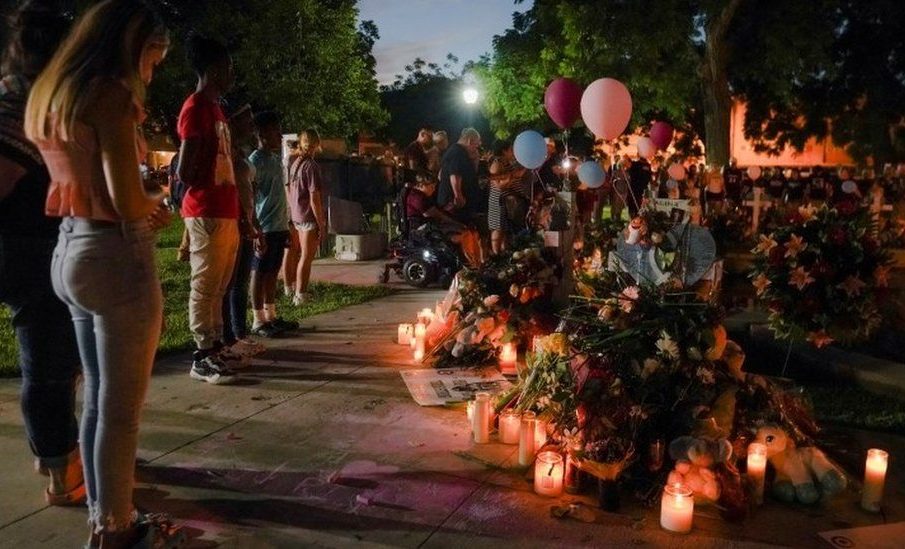 Police made the “wrong decision” by failing to storm a primary school classroom in Uvalde, Texas, as a gunman killed 19 children inside, the top safety official has said.

“If I thought it would help, I would apologise,” Steven McCraw said during a heated press conference on Friday.

Officers delayed entering because they did not believe it was still an “active shooter” situation, he said.

But pupils inside made multiple calls begging for police to come.

Mr McCraw confirmed there had been a 40-minute gap from the police unit’s arrival at Robb Elementary School to the moment they decided to storm the classroom where the gunman had barricaded himself.

The senior officer on the scene decided to wait until the school janitor arrived with the keys because they thought that either “no kids were at risk” by then, or “no-one was living anymore”.

The delayed response, combined with video footage showing frustrated parents outside the school being tackled and handcuffed by police while the gunman was still inside, has led to growing public anger and scrutiny of how law enforcement handled the situation.

Authorities have struggled to give a clear timeline of how events unfolded in Uvalde.

On Friday, Texas Governor Greg Abbott said he was “livid” that he had been “misled” about certain information, which he had made public in a news conference earlier this week.

“As everybody has learned, the information that I was given turned out in part to be inaccurate,” he said.

He also revealed an anonymous donor had paid $175,000 (£139,000) for the funerals of the victims. “We appreciate that anonymous donor for his generosity,” he said. “And we will ensure that those resources get into the right hands.”

The gunman crashed his car near the school at about 11:30 local time, Mr McCraw disclosed, and walked around the building firing “more than one hundred rounds” into classrooms as he looked to get inside.

An officer for the school district, who was not on campus at the time, drove immediately to the scene following a 911 call but “drove right by the suspect who was hunkered down behind a vehicle”, Mr McCraw said.

By 11:35, the assailant had entered the school through a door propped open earlier by a teacher, and barricaded himself into a classroom.

Police officers followed him into the building minutes later but remained in the hallway.

Mr McCraw confirmed that as many as 19 police officers had gathered outside the classroom but had made no immediate effort to get inside.

It was not until 12:51 that a tactical unit entered the classroom and killed him – about 75 minutes after the attack began.

The commanding officer on scene – the Uvalde school district’s chief of police, who was not present at Friday’s news conference – believed the situation was no longer one involving an “active shooter”.

The description is at odds with the disclosure that at least four emergency 911 calls were made from within the school – some from children barricaded inside with the gunman – begging for police to come.

During the news conference on Friday, Texas chief safety official Steven McCraw recounted the emergency 911 calls students made from inside the school after the gunman entered.

12:10 – She called back, advising there were multiple dead.

12:21 – You could hear over the call that three shots were fired.

12:36 – The initial caller called back, was told to stay on the line and be very quiet. She said he [the gunman] had shot at the door.

12:51 – It was very loud, sounds like officers were moving children out of the room. At that point, the first child that called was outside before the call cut off.