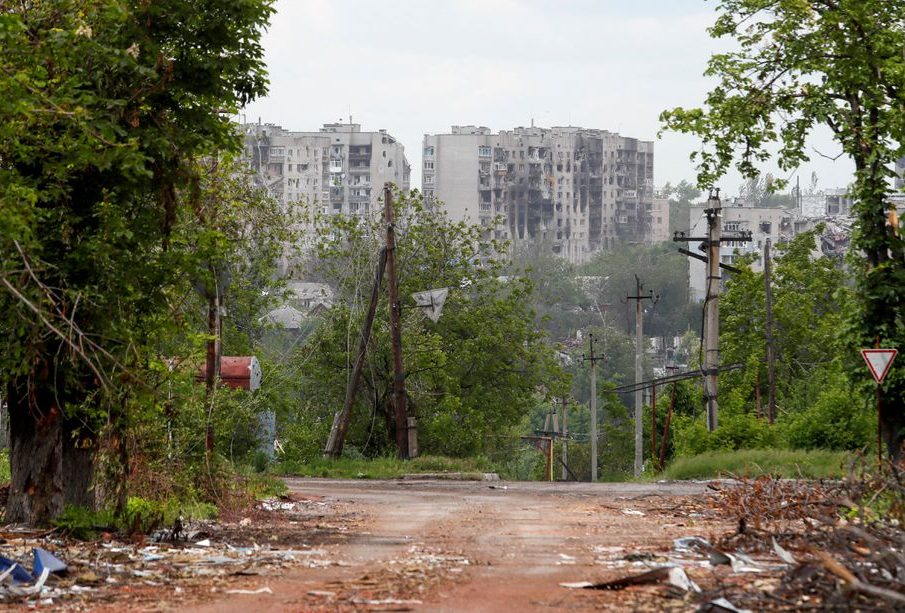 Ukrainian forces may have to retreat from their last pocket in the Luhansk region to avoid being captured, a Ukrainian official said, as Russian troops press an advance in the east that has shifted the momentum of the three-month-old war.

A withdrawal could bring Russian President Vladimir Putin closer to his goal of capturing eastern Ukraine’s Luhansk and Donetsk regions in full. His troops have gained ground in the two areas collectively known as the Donbas while blasting some towns to wastelands.

Luhansk’s governor, Serhiy Gaidai, said Russian troops had entered Sievierodonetsk, the largest Donbas city still held by Ukraine, after trying to trap Ukrainian forces there for days, though adding that Russian forces would not be able to capture the Luhansk region “as analysts have predicted”.

“We will have enough strength and resources to defend ourselves. However, it is possible that in order not to be surrounded we will have to retreat,” Gaidai said on Telegram.

Gaidai said 90% of buildings in Sievierodonetsk were damaged with 14 high-rises destroyed in the latest shelling.

Speaking to Ukrainian television, Gaidai said there were some 10,000 Russian troops based in the region and they were “attempting to make gains in any direction they can”.

He said several dozen medical staff were staying on in Sievierodonetsk but that they faced difficulty just getting to hospitals because of the shelling.

Reuters could not independently verify the information.

President Volodymyr Zelenskiy said Ukraine was protecting its land “as much as our current defence resources allow”. Ukraine’s military said it had repelled eight attacks in Donetsk and Luhansk on Friday, destroying tanks and armoured vehicles.

“If the occupiers think that Lyman and Sievierodonetsk will be theirs, they are wrong. Donbas will be Ukrainian,” Zelenskiy said in an address.