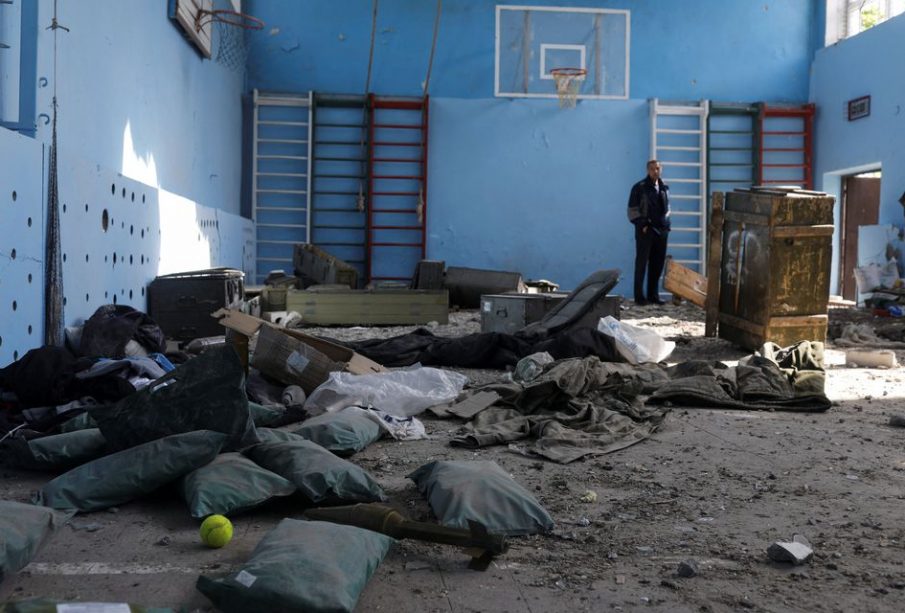 Ukrainian forces reported battlefield gains on Wednesday in a counterattack that could signal a shift in the momentum of the war, while Kyiv shut gas flows on a route through Russian-held territory, raising the spectre of an energy crisis in Europe.

Following days of advances north and east of the second largest city Kharkiv, Ukrainian forces were within just several kilometres of the Russian border on Wednesday morning, one Ukrainian military source said on condition on anonymity. Before the advance, Russian forces had been on the outskirts of Kharkiv, a city 40 km (25 miles) from the frontier.

The advance appears to be the fastest that Ukraine has mounted since it drove Russian troops away from Kyiv and out of the country’s north at the beginning of April. If sustained, it could let Ukrainian forces threaten supply lines for Russia’s main attack force, and even put rear logistics targets within Russia itself within striking range of Ukrainian artillery.

In Vilkhivka, a village east of Kharkiv held by Ukrainian forces, the thump of near constant artillery and swoosh of multiple rocket launchers could be heard from fighting at the front, now pushed substantially further east, where Ukraine has been trying to capture villages on the banks of the Donets river and threaten Russian supply lines on the far side.

On Wednesday evening, Ukraine’s general staff said its forces had captured Pytomnyk, a village on the main highway north of Kharkiv, about halfway to the Russian border.

Further east, Ukrainian forces seemed to be in control of the village of Rubizhne, on the banks of the Donets.

“It is burned out, just like all Russian tanks,” a Ukrainian soldier told Reuters near Rubizhne next to the ruins of one Russian tank. “The weapons are helping a lot, the anti-tank ones.”