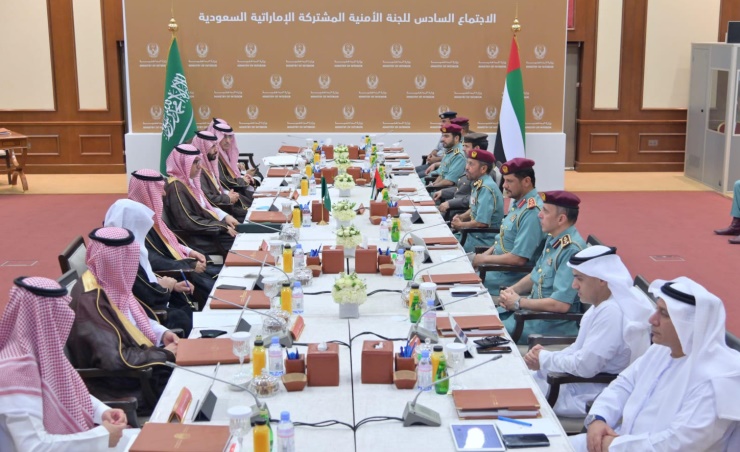 The joint committee between the ministries of interior of the UAE and Saudi Arabia held its sixth meeting on Monday at the Saif al Shaafar Hall to enhance their security cooperation.

In his speech at the opening session, Major General Al Khaili conveyed the greetings of Deputy Prime Minister and Minister of Interior, Lt. General Shaikh Saif bin Zayed Al Nahyan along with his best wishes for success.

The meeting is a translation of the sincere relations between the UAE and the Saudi Arabia, he added.

Dr. Al Faleh thanked the officials of the UAE’s Ministry of Interior, who signed, with their Saudi counterparts, a draft Memorandum of Understanding (MoU) on the protection of data and information shared during joint security projects and ways of enhancing their cooperation in launching joint projects and initiatives while ensuring the protection of shared data and information.

The MoU was signed by Major General Al Khaili and Dr. Al Faleh at the ministry’s headquarters on the sidelines of their meeting.