Home›NEWS›‘Tomorrow will be better’: Shanghai inches towards COVID re-opening
NEWSWORLD 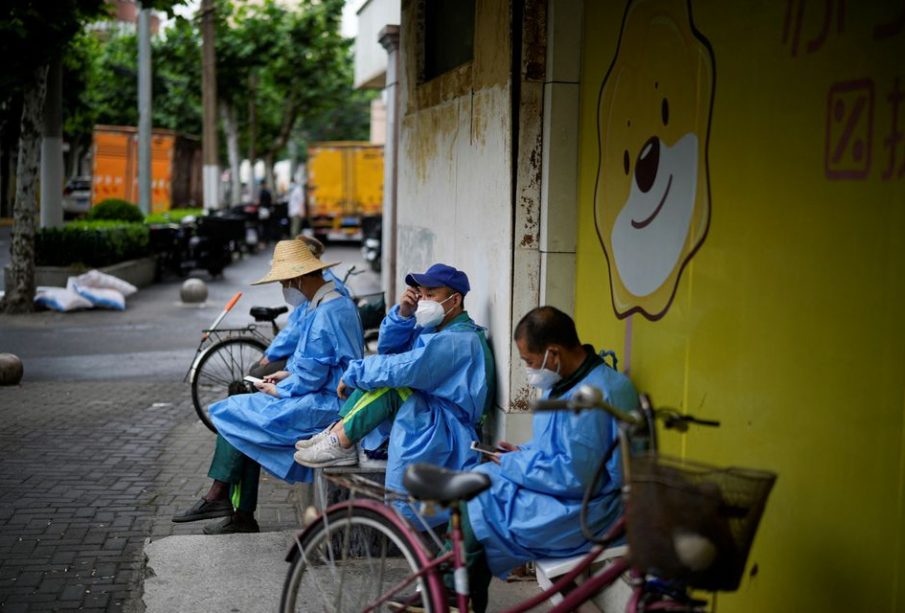 The Chinese metropolis of Shanghai inched further towards a gradual reopening from two months of grinding COVID-19 lockdown, while the capital Beijing maintained curbs that have drastically curtailed movement even as case numbers decline.

Shanghai aims essentially to end its lockdown from Wednesday. More people have been allowed out of their homes and more businesses permitted to reopen in the past week, although most residents remain largely confined to their housing compounds and most shops are limited to making deliveries.

Shanghai officials urged continued vigilance on Saturday, even though the vast majority of its 25 million residents live in areas that are in the lowest-risk “prevention” category.

Videos on social media showed Friday night revellers including many foreigners drinking and dancing in the street in a central area of the city, interrupted by police telling them to go home.

Another video showed a group in the street singing an emotional anthem from 1985 called “Tomorrow will be better,” accompanied by a keyboard player. The police arrive, allowing the song to finish before asking them to go home, prompting online praise for the show of restraint.

The two-month lockdown of China’s largest and most cosmopolitan city has frustrated and infuriated residents, hundreds of thousands of whom have been quarantined in often crowded central facilities. Many residents struggled to access sufficient food or medical care during its early weeks.