Time for change in the sport is now, say Arab MMA federations 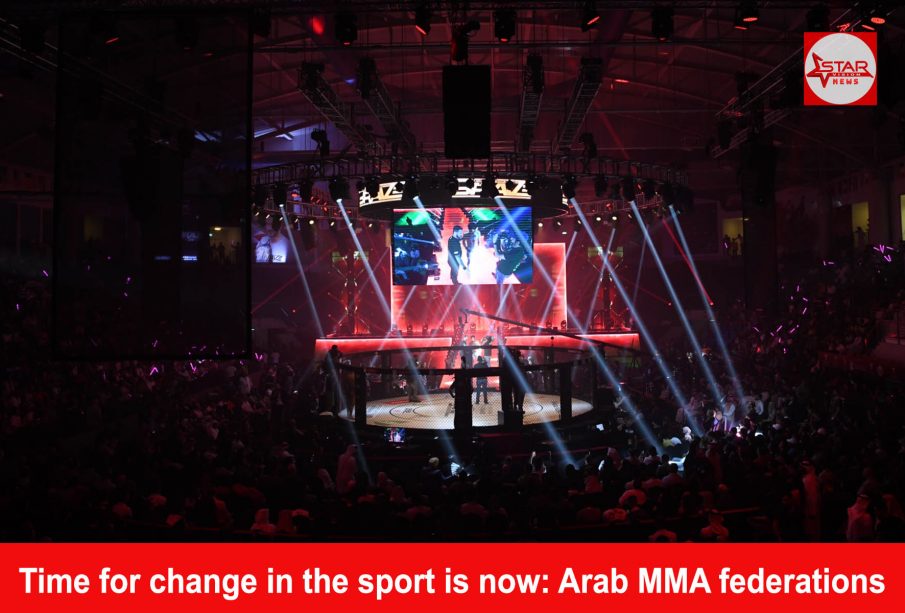 Mixed Martial Arts was the last sport to fully adhere to the advice of several worldwide health organizations and postpone and/or cancel its events for the foreseeable future. The UFC made last-ditch attempts to go through with shows in the midst of the Coronavirus pandemic, shedding a poor light in the entire sport by doing so.

After pressure from around the globe, including from BRAVE CF president Mohammed Shahid, the UFC bowed down and decided to postpone its next shows. However, the UFC’s stance of ignoring safety measures to stop COVID-19 has raised a red flag in the way the sport is run.

Arabic mixed martial arts federations have stood by the sports side of mixed martial arts and claim this is a time for a change. While criticizing the UFC’s decision to move ahead with shows, Mr. Shahid called out everyone involved with the sport to unite in the pursuit of worldwide regulation, that can focus on the development of MMA instead of focusing on money. Presidents and dignitaries from federations across the Arabic world have thrown their support at this proposal.

They were baffled by the UFC’s stance of going against the flow when all other sports were shutting down and setting an example by doing so. They agreed that MMA needs to set an example and that the UFC was doing the sport no favors.

Mohammed Qamber, president of the Bahrain MMA Federation, was adamant that organizing any type of event in this climate was “irresponsible”, and that the MMA world should follow the examples of other sports organizations.

“We are living in extraordinary times and the sports world is taking extraordinary measures to ensure we return to normalcy as soon as possible. Events from all sizes and magnitudes are being postponed or canceled.

We have the IOC pushing back the biggest sporting event in the world, which is the Olympics, the FIA is pushing back the start of the Formula One season, and it’s beyond me how an MMA show functions at a time like this.

Putting on shows at this time is irresponsible at least. The MMA world needs to set an example and this is not what it is doing by going ahead with events and putting several people in danger of contracting and spreading COVID-19 in the process”