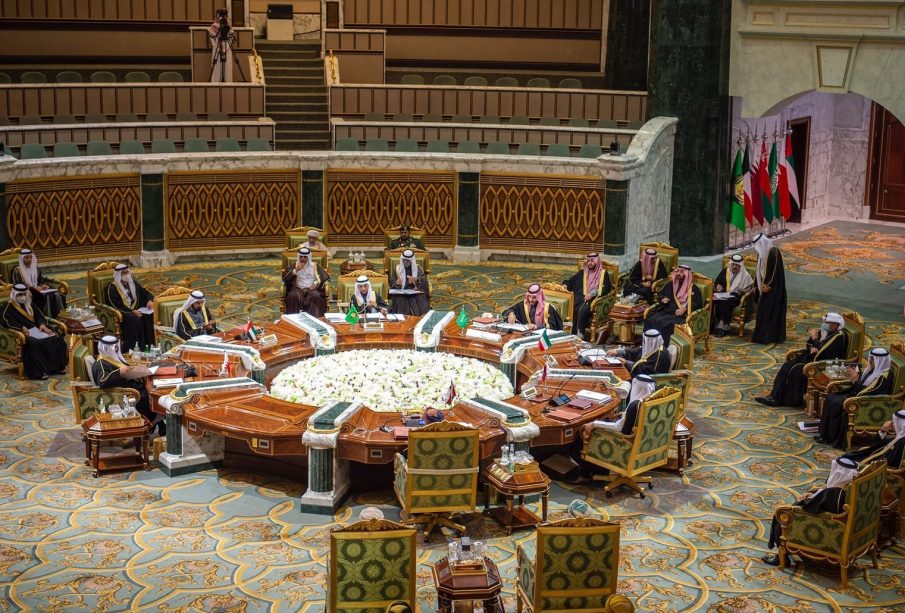 The leaders and heads of delegations of the Gulf Cooperation Council (GCC) have affirmed the importance of economic unity, joint defense and security, and coordination of stances to enhance solidarity and stability of the GCC countries. In the final communique of the “Riyadh Declaration” issued by the 42nd session of the GCC Supreme Council at Diriyah Palace in Riyadh, the GCC countries also highlighted the significance of avoiding regional and international conflict, and boosting the GCC regional and international role. This Riyadh Declaration was read by GCC Secretary General Dr. Nayef Falah Al Hajraf, Saudi Press Agency (SPA) reported.

“The 42nd GCC Summit issued a statement stipulating the agreement on principles and policies to develop strategic cooperation as well as economic and development integration among the GCC states and achieve the aspirations of the GCC citizens.

“The GCC leaders affirm the contents of Article 2 of the Joint Defense Agreement that the GCC Member States consider that any attack against any of the GCC states is an attack on all of them. Any danger that threatens one of them threatens all of them. They assert the GCC member states’ commitment of a collective action against all threats and challenges.

“The GCC leaders also stressed the importance of concerted efforts to coordinate and integrate the foreign policies of the member states in order to crystallize a unified and effective foreign policy that serves the aspirations of the peoples of the GCC countries, preserves their interests and gains, avoids regional and international conflicts or interference in their internal affairs, and achieves support and strategic interdependence among the common economic, defense and security policies to achieve common goals and aspirations.

“The GCC leaders stressed the importance of enhancing cooperation and coordinating plans aimed at achieving sustainability and dealing with climate change and its effects, promoting joint action among the GCC countries to implement the circular carbon economy approach which was launched by the Kingdom of Saudi Arabia during its presidency of the G20. The approach was approved by the G20 as an integrated and comprehensive framework to address the challenges arising from greenhouse gas emissions and their management through the available and innovative technologies, and following up the implementation of initiatives, projects and mechanisms launched by the GCC countries in this field.

“The relevant committees are assigned to put the necessary mechanisms to achieve the best results related to protecting the environment and benefiting from the Green Saudi and Green Middle East initiatives, launched by His Royal Highness Prince Mohammed bin Salman bin Abdulaziz, Crown Prince, Deputy Prime Minister and Minister of Defense of the Kingdom of Saudi Arabia, and strengthening the joint Gulf efforts to confront the environmental challenges, increase reliance on clean technologies for all energy sources, combat pollution and preserve environmental life in all its forms to achieve the best decent livelihood for its people, in line with the conditions and priorities of the member states and their development plans, and in line with the global goals for sustainable development.

“They stressed the importance of enhancing the joint cooperation to continue combating the coronavirus pandemic (COVID-19), and the importance of supporting the process of collective action to combat the epidemics and diseases, and similar regulations in the future if they occur, and to encourage the proposal of the effective policies and strategies to deal with such conditions in the future, in order to help combat them and deal with their economic and social repercussions, travel conditions, and movement among the GCC countries. 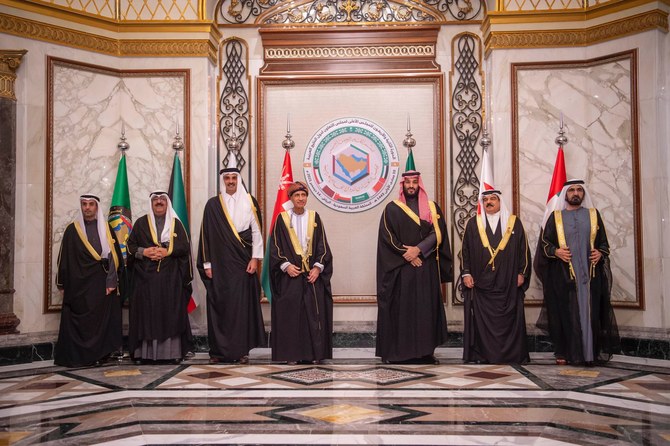 “The GCC leaders also stressed the importance of continuing to support and enhance the role of the GCC women in economic development programs and their participation in the joint GCC action, encouraging the role of youths in the financial and business sectors and developing relief, humanitarian and voluntary work.

“They stressed the importance of enhancing the joint action towards digital transformation and modern technologies, enhancing cooperation and building alliances in the field of cyber and information security in line with the aspirations of the GCC countries, supporting the role of youths, the private sector and small and medium enterprises in the growth of economic diversification and digital transformation, and encouraging partnerships, projects and initiatives in this field.

“The GCC leaders assigned the committees, bodies, ministerial councils, the GCC Secretariat General and all the GCC agencies, each within its jurisdiction, to develop the necessary programs to put these principles and pillars into practice.”