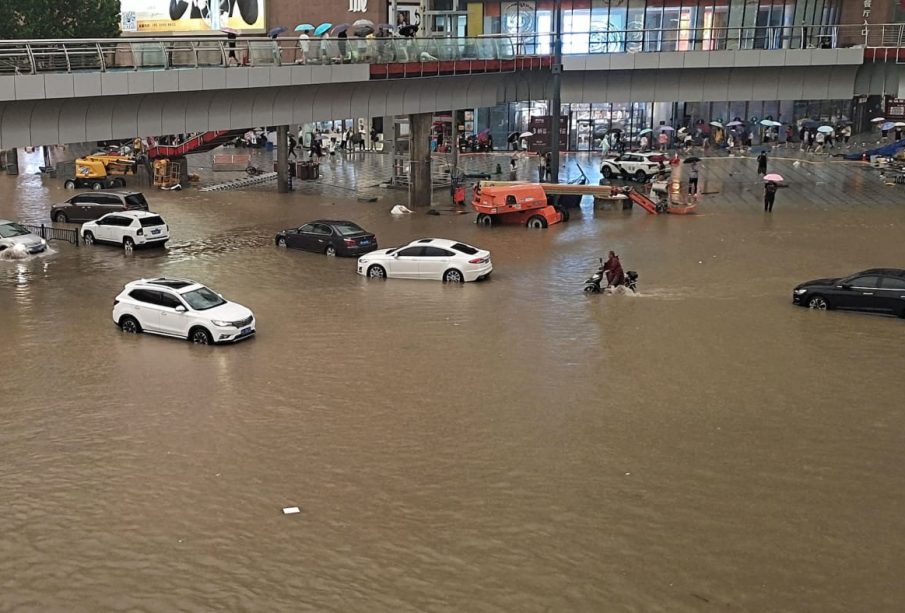 Beijing: The heaviest rains in decades have caused massive flooding in the central Chinese metropolis of Zhengzhou.

The floodwaters inundated the underground system, where hundreds of people were trapped on trains and also in tunnels, as reported by state media and eyewitnesses on social media. Videos showed water up to people’s shoulders.

During the evacuations, around 600 seriously ill patients also had to be brought to safety from a hospital at Zhengzhou University. The electricity in the hospital was out.

Many streets in Zhengzhou were flooded. Cars and buses were stuck. Water and electricity supplies were cut off in many places. Traffic was practically paralyzed. The underground network came to a standstill, and high-speed trains were suspended. Zhengzhou airport suspended all incoming flights until 12 pm (0400 GMT) Wednesday, broadcaster CGTN reported. In the neighbouring city of Gongyi, the authorities reported four fatalities.

Further heavy rainfall and flooding was expected. More than 100,000 people have already been brought to safety in evacuations over the past few days. Damage to agriculture runs into the millions.

Severe storms were also reported in southern China, where another typhoon, named Cempaka, made landfall near the city of Yangjiang in Guangdong province with winds of up to 110 kilometres per hour. In northern China, there was also severe flooding in Inner Mongolia