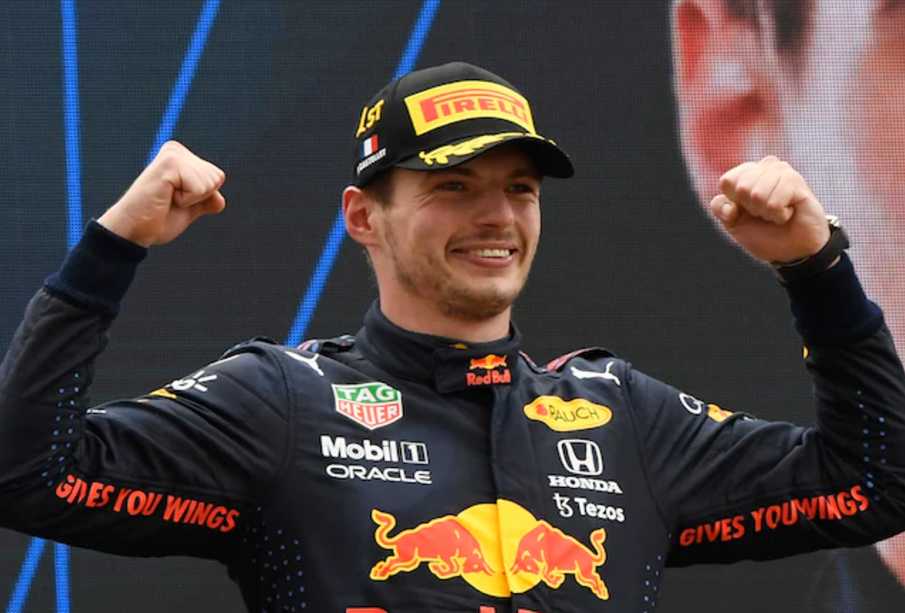 Red Bull took their third consecutive win of the season at a cracking French Grand Prix courtesy of Max Verstappen, who passed Lewis Hamilton with two laps to go to claim the thirteenth victory of his career, Hamilton finishing second as the second Red Bull of Sergio Perez completed the podium.

In a mirror of the Spanish Grand Prix – when Mercedes out-strategised Red Bull to claim the victory – Verstappen stopped twice to Hamilton’s one-stop, with the Dutchman then using his fresher tyres to close up to the Mercedes, passing on Lap 52 of 53 to check out for his third win of the year.

It more than made up for Verstappen losing out to Hamilton from pole at the race start, Verstappen taking the win as well as the extra point for fastest lap – with the result also marking the first time Red Bull have won three races on the bounce in the turbo-hybrid era.

Behind, Valtteri Bottas ended up a disgruntled fourth behind Perez, having complained to Mercedes that he was ignored when he advised them to switch to a two-stop, as Red Bull did with Verstappen.

Behind the leading four, a superb day for McLaren saw Lando Norris finish a fine fifth, ahead of team mate Daniel Ricciardo, who enjoyed arguably his best race of the year to take sixth.

AlphaTauri’s Pierre Gasly demonstrated strong race pace to take his best ever finish in his home Grand Prix with P7, ahead of the Alpine of Fernando Alonso.

Sebastian Vettel made a long first stint work to take his third consecutive points finish with ninth, while team mate Lance Stroll completed the top 10 thanks to a late pass on the Ferrari of Carlos Sainz – capping off a bad day for the Scuderia, who lacked race pace at Paul Ricard, with Sainz ending up 11th as Leclerc could do no better than P16.

But after a thriller of a French Grand Prix, it was all about Verstappen, who took an decisive strike at the start of the first triple header of what’s turning into a phenomenal 2021 season, extending his lead over Hamilton in the drivers’ standings to 12 points.