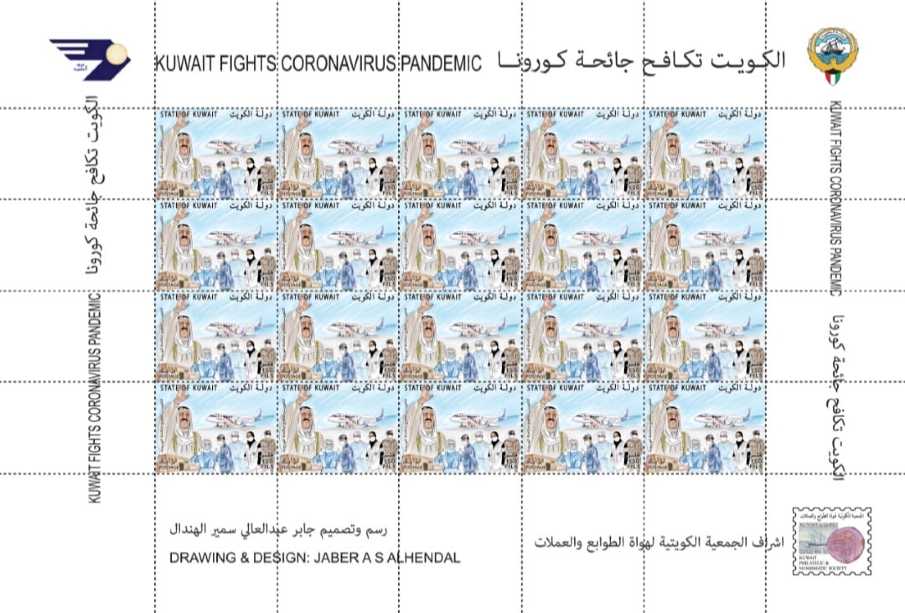 In a press statement on Wednesday, the ministry said that the stamp features a picture of the late Amir of Kuwait Shaikh Sabah Al Ahmad Al Jaber Al Sabah, as well as a picture of a Kuwait Airways plane with citizens returning to the country during the repatriation campaign to bring them home.

The stamp includes a picture of the Kuwait gates, symbolizing the protection of the nation from external dangers, Kuwait News Agency (KUNA) reported.

A policeman, the National Guard, military, medical crew, Kuwait Red Crescent Society and voluntary groups were featured on the side of the gate in recognition of their great role during the pandemic.