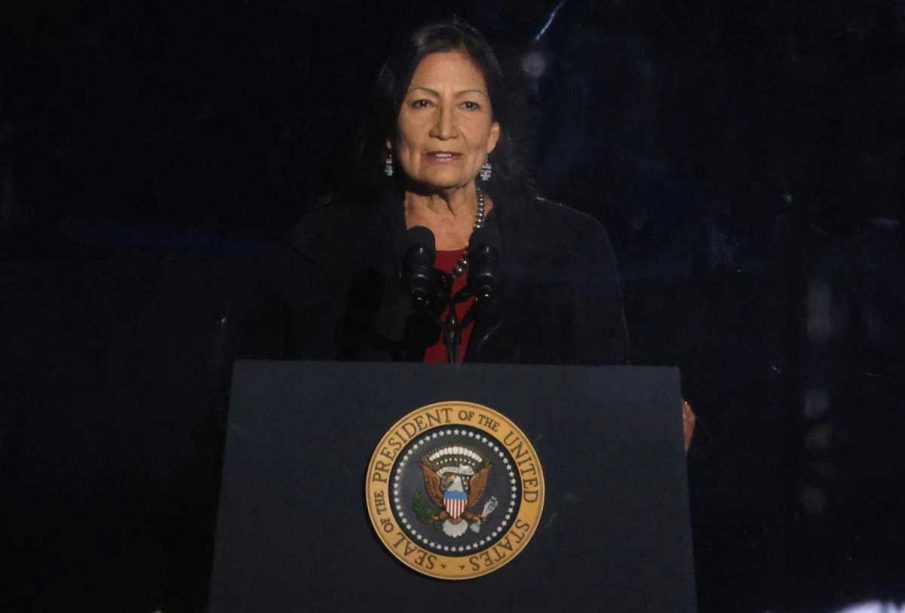 An Interior Department investigation into the dark history of Indian boarding schools has found “marked or unmarked burial sites” at some 53 schools, Secretary Deb Haaland said on Wednesday.

A former congresswoman from New Mexico and the first Native American to serve as a cabinet secretary, Haaland in 2020 introduced legislation calling for a Truth and Healing Commission into conditions at former Indian boarding schools. That legislation is still pending.

“The consequences of federal Indian boarding school policies … are heartbreaking and undeniable,” Haaland said in a statement. “It is my priority to not only give voice to the survivors and descendants of federal Indian boarding school policies, but also to address the lasting legacies of these policies so Indigenous Peoples can continue to grow and heal.”

Conditions at former Indian boarding schools gained global attention last year when tribal leaders in Canada announced the discovery of the unmarked graves of 215 children at the site of the former Kamloops residential school for indigenous children, as such institutions are known in Canada.

Unlike the United States, Canada carried out a full investigation into its schools via a Truth and Reconciliation Commission.

Until Wednesday, the U.S. government had yet to provide any true accounting of the legacy of such schools, including never acknowledging how many children attended them, how many children died or went missing from them or even how many schools existed.

For over 150 years, Native American children in the United States were forcibly removed from their tribes and sent to such schools beginning in 1819 in an effort at forced assimilation.

Schools were run by the U.S. government or by churches in close connection to the government. Many children were abused at the schools, and tens of thousands were never heard from again, activists and researchers say.