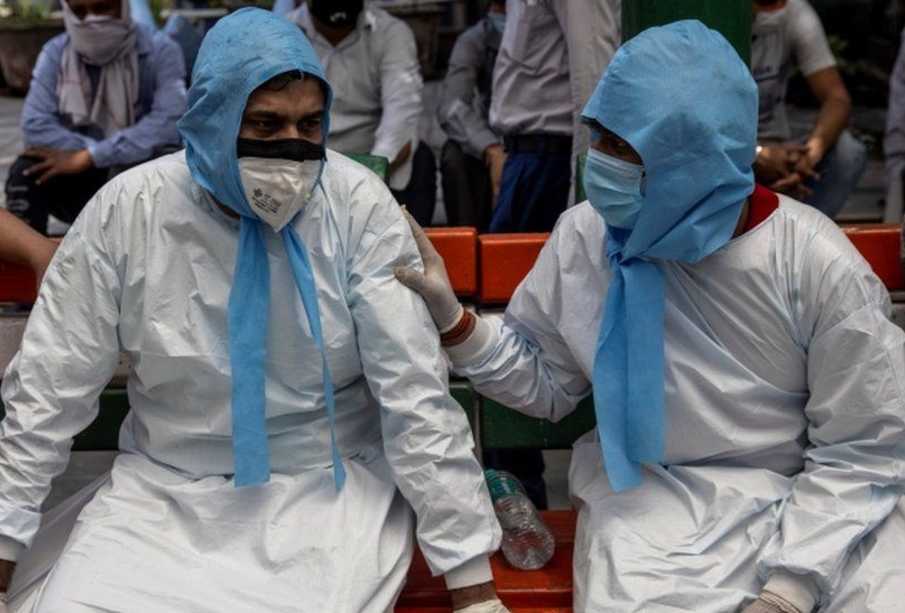 India reported a further decline in new coronavirus cases on Monday but daily deaths remained above 4,000 and experts said the data was unreliable due to a lack of testing in rural areas where the virus is spreading fast.

For months now, nowhere in the world has been hit harder than India by the pandemic, as a new strain of the virus fuelled a surge in infections that has risen to more than 400,000 daily.

Even with a downturn over the past few days, experts said there was no certainty that infections had peaked, with alarm growing both at home and abroad over the highly contagious B.1.617 variant first found in India.

“There are still many parts of the country which have not yet experienced the peak, they are still going up,” World Health Organization Chief Scientist Soumya Swaminathan was quoted as saying in the Hindu newspaper.

Swaminathan pointed to the “very high” national positivity rate, at about 20% of tests conducted, as a sign that there could be worse to come.

“Testing is still inadequate in a large number of states. And when you see high test positivity rates, clearly we are not testing enough.

“And so the absolute numbers actually don’t mean anything when they are taken just by themselves; they have to be taken in the context of how much testing is done, and test positivity rate.”

Having begun to decline last week, new infections over the past 24 hours were put at 281,386 by the health ministry on Monday, dropping below 300,000 for the first time since April 21. The daily death count stood at 4,106.

At the current rate, India’s total caseload since the epidemic began a year ago should pass the 25 million mark in the next couple of days. Total deaths were put at 274,390. (Reuters)

Rules updated for travelling to Bahrain