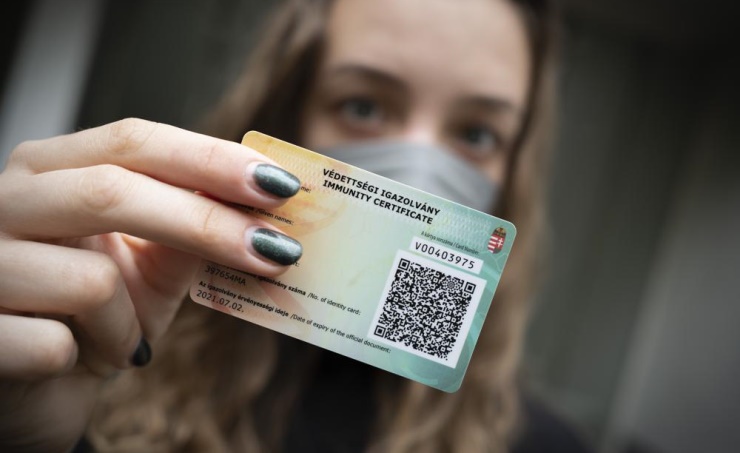 Budapest: Hungary on Saturday loosened several COVID-19 restrictions for people with government-issued immunity cards, the latest in a series of reopening measures that have followed an ambitious vaccination campaign. As of Saturday, individuals with the plastic cards may enter indoor dining rooms, hotels, theaters, cinemas, spas, gyms, libraries, museums and other recreational venues. Opening hours for businesses were extended to 11 p.m. and an overnight curfew in place since November will now start later, at midnight, said AP.

People who have received at least one vaccine dose and those who have recovered from COVID-19 are eligible for the Hungarian immunity cards, which must be presented at establishments before entry. Businesses can be issued heavy fines if they allow non-cardholders to enter. A devastating pandemic surge this spring gave Hungary the world’s highest overall COVID-19 mortality rate per 1 million residents, according to Johns Hopkins University. The country of about 9.7 million people has reported over 27,500 deaths in the pandemic. But the government has moved aggressively to vaccinate the population. Hungary has administered 4 million first doses of coronavirus vaccines, reaching about 40% of the population, giving the country the second-highest vaccination rate in the European Union. Hungary also is the only one of the EU’s 27 nations to use vaccines from China and Russia in addition to Western jabs. The government is trying to counter possible EU moves to issue such certificates only to those who received vaccines approved by the European Medicines Agency, which so far do not include the vaccines made in China and Russia.