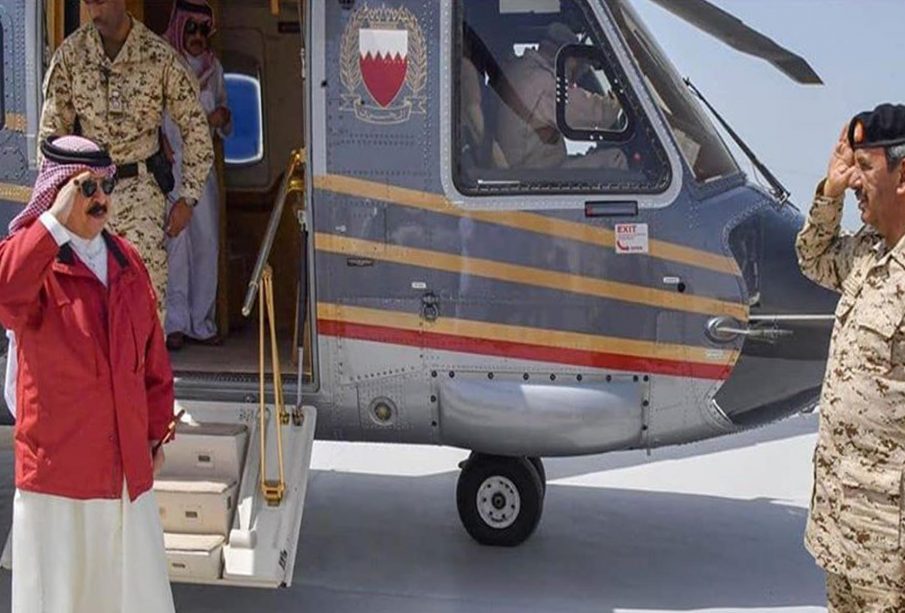 HM King Hamad was accompanied by Royal Court Minister, Shaikh Khalid bin Ahmed Al Khalifa and Royal Guard Special Force Commander, Lieutenant-Colonel HH Shaikh Khalid bin Hamad Al Khalifa. After some holy Quran verses were recited, HM the King was briefed about the tactical drill’s details, stages and goals. Once HM King Hamad ordered the beginning of the exercise, the joint forces carried out the tasks assigned to them with outstanding skill, hitting the determined targets accurately, and according to the pr-eset plans.

HM the King, the Supreme Commander, expressed pride in the comprehensive tactical drill, stressing that it reflects the brave BDF personnel’s professional level and high morale, as well as the participants’ accuracy, proficiency and harmony. HM King Hamad indicated that the participants have proved their high professional level while managing the battle, valuing highly the efforts exerted by those in charge of the joint tactical drill to prepare well for it and execute it successfully, stressing the importance of the continuity of such joint exercises to improve the servicemen’s competence and combat skills.

HM the King, the Supreme Commander, valued highly the BDF’s noble health contributions and valuable national efforts to combat Coronavirus (COVID-19), within the national campaign the fight the pandemic, through providing well-equipped medical facilities and taking preventive measures, to ensure the safety of the citizens and residents.

The current figures of the existing cases: The Minister of Health