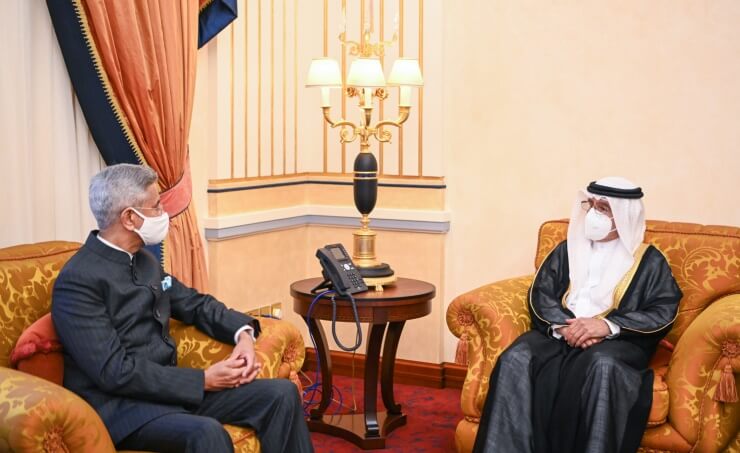 The minister conveyed the condolences of the Indian government on the passing of the late His Royal Highness Prince Khalifa bin Salman Al Khalifa, and recalled with gratitude his contributions to strengthening Bahrain-India relations.

He also highlighted the late HRH Prince Khalifa’s rich legacy in development and civilizational areas both locally and internationally.

The meeting, attended by His Highness Shaikh Salman bin Khalifa Al Khalifa, Foreign Minister Dr. Abdullatif Al Zayani, and the grandsons of HRH Prince Khalifa, reviewed relations and cooperation between India and Bahrain and the role of the late HRH Prince Khalifa in launching their strategic partnership.

HH Shaikh Ali expressed his thanks and appreciation to the Indian government for their noble sentiments and wished India further progress and prosperity.

HH the Deputy Prime Minister lauded the strong ties between Bahrain and India and their historic cooperation that has led to numerous achievements in several areas.

He also praised the contributions of the Indian community in Bahrain to the Kingdom’s progress and development.