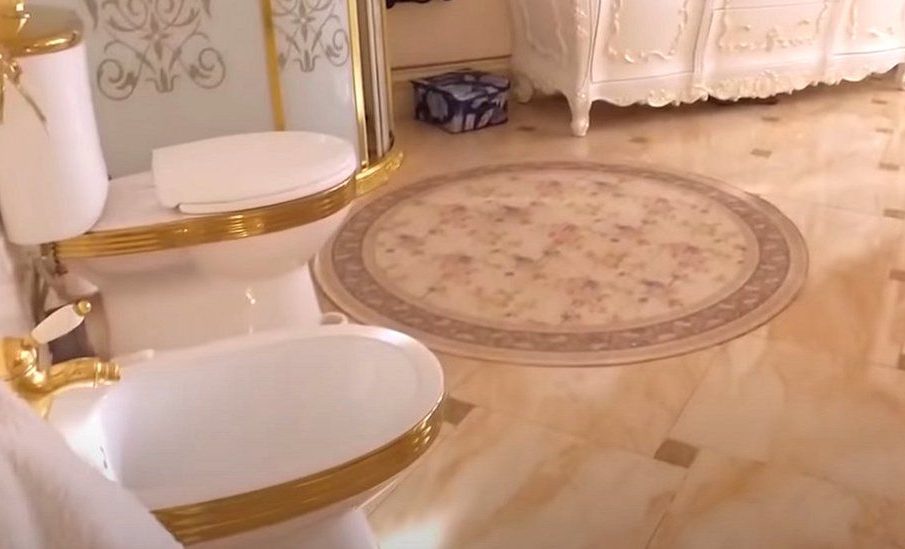 A gilded toilet and other luxuries were found in a mansion raided by Russian investigators, who say they busted a gang of corrupt police.

The Investigative Committee (SK) website has a video showing extravagant interiors in a huge mansion, among many properties raided.

The permits allegedly enabled drivers to pass through police checkpoints with unauthorised cargoes of grain and building materials.

The accused have not yet commented on the charges.