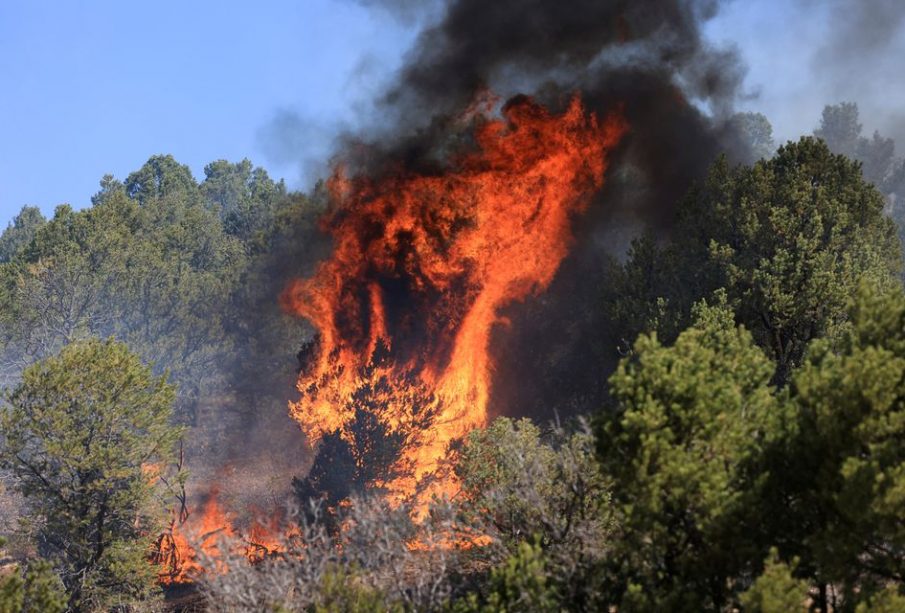 Two blazes that grew into New Mexico’s largest ever wildfire were both started by the U.S. Forest Service (USFS), the agency said on Friday, prompting the state’s governor to demand the federal government take full responsibility for the disaster.

Forest Service investigators determined the Calf Canyon Fire was caused by a “burn pile” of branches that the agency thought was out but reignited on April 19, the Santa Fe National Forest said in a statement.

That blaze on April 22 merged with the Hermits Peak Fire, which the USFS started with a controlled burn that went out of control on April 6, the agency previously reported.

The combined blaze has so far torched over 312,320 acres(126,319 hectares) of mountain forests and valleys, an area approaching the size of greater London, and destroyed hundreds of homes.

“The pain and suffering of New Mexicans caused by the actions of the U.S. Forest Service – an agency that is intended to be a steward of our lands – is unfathomable,” New Mexico Governor Michelle Lujan Grisham said in a statement.

Lujan Grisham said the USFS investigation was a step towards the federal government taking full responsibility for the destruction of property, displacement of tens of thousands of residents, and millions in state spending caused by the fire.

“The Santa Fe National Forest is 100 percent focused on suppressing these fires,” SFNF Supervisor Debbie Cress said in the statement.

Blazing a more than 40-mile-long (64-km-long) path up the Sangre de Cristo mountains, the fire has destroyed watersheds and forests used for centuries by Indo-Hispano farming villages and Native American communities.