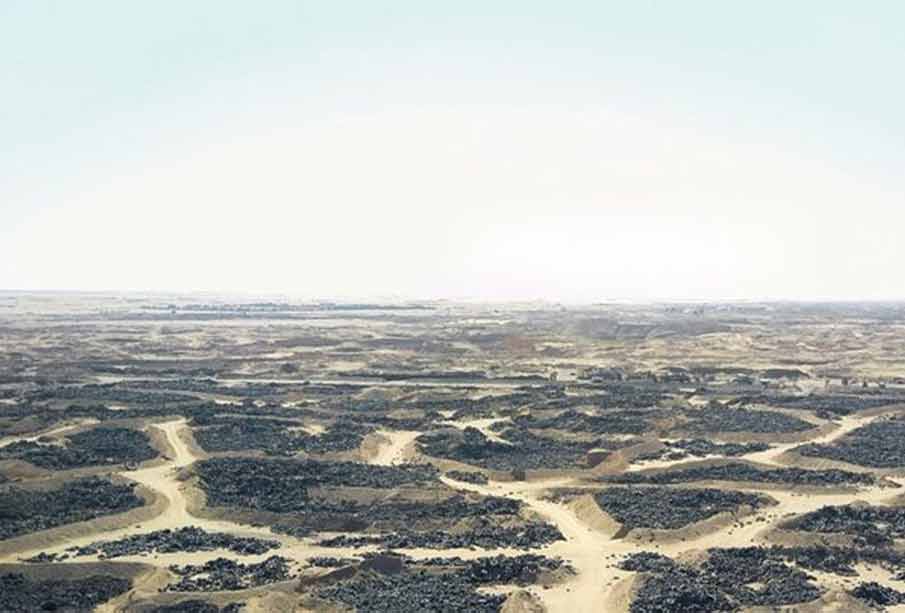 On Wednesday, the Kuwait Municipality visited Al Sulabiya tire site after a huge fire blaze was set off last Thursday.

An estimated one million tires were said to have been burned, as the fire blazed through 25,000 of the site’s million square meters, according to KUNA.

Al Sulabiya tire site is one of the largest tire graveyards in the world and is clearly visible on satellite images. Old or unusable tires are usually taken to Al Sulabiya and thrown into large holes, which with time become mountains of tires.