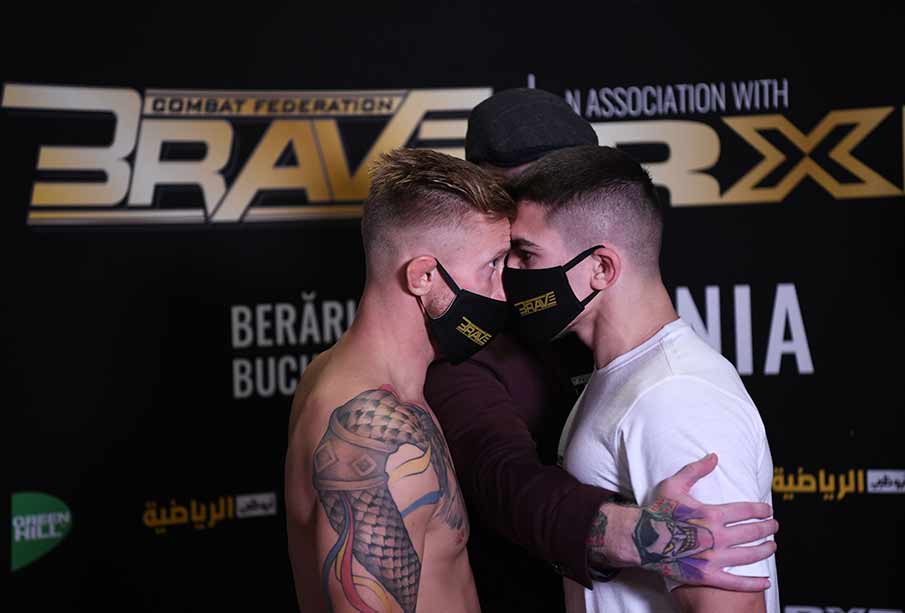 BRAVE CF 36 takes place this Monday in Bucharest, Romania, and all fighters have gone through the first battle as they have all made weight ahead of their showdowns. In the main event, Todd Stoute was able to step in heavier than what he’s used to as his Light Heavyweight bout (93 kg limit) was changed to a Catchweight of 104 kg against his new opponent Cristian Constantinov. Both fighters stepped under the limit, with “The Black Hulk” weighing in at 101,9 kg and his Romanian counterpart at 103,5 kg.

After the weigh-ins, fighters had one last opportunity to be face-to-face with their opponents and a few of them tried to intimidate their counterparts. Mochamed Machaev, who faces Ciprian Maris in a Featherweight bout, went head to head with his Romanian counterpart and they almost went to blows. 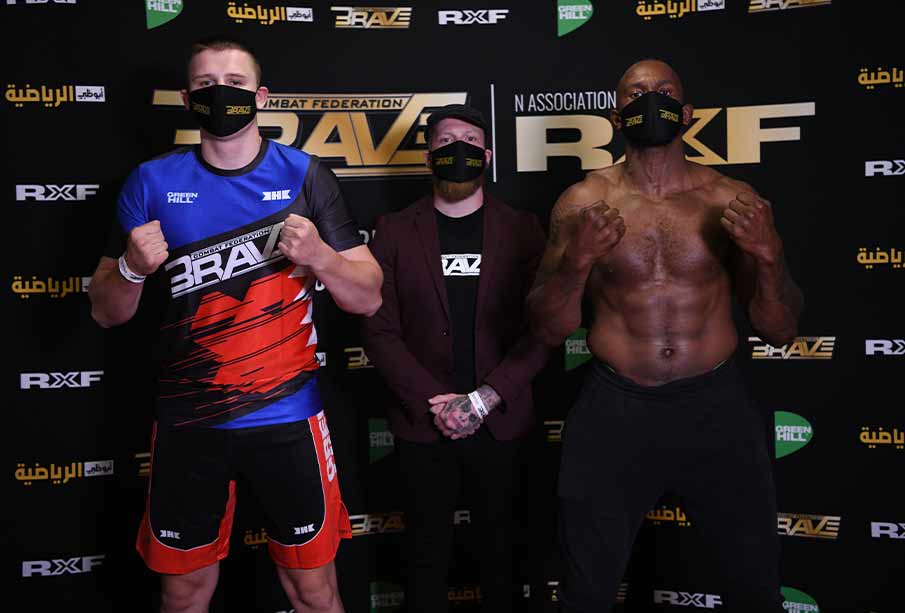 In the Bantamweight division, Bilal Tipsaev and Matiss Zaharovs also had a tense staredown, as both men look to maintain their undefeated status in the night’s opening bout. In the co-main event, both Ion Surdu and Kevin Ruart had to use the tolerance pound, but made weight for their Welterweight duel, as they stepped in at 79,5 kg and 79,8 kg respectively – at BRAVE CF the Welterweight limit is 175 lbs (79,4 kg).

BRAVE CF 36 starts at 8:30 PM (GMT+3) and will be available live and free at BRAVE CF TV. In the USA, fans can watch the show through FITE TV, while the MENA region will be able to watch BRAVE CF 36 at Abu Dhabi Sports, and Romanians will watch the event at Sport Extra.